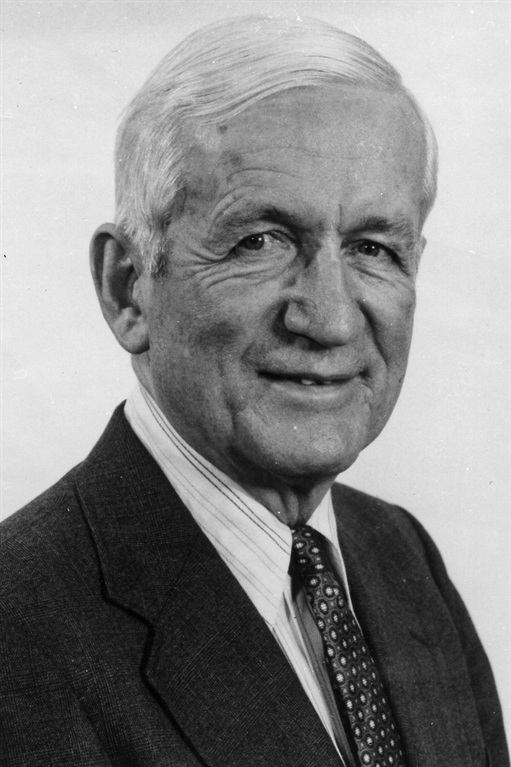 In 1940 Ramsey began work at the Radiation Laboratory at the Massachusetts Institute of Technology, where he led the group researching radar with a 3-centimeter wavelength. He left for Los Alamos in 1943, where he served under William “Deak” Parsons in Project Alberta to plan how the atomic bomb could be delivered to its target. He served as Parsons’s Scientific and Technical Deputy. In 1945, he went, along with other Project Alberta members, to Tinian Island in the Pacific to assemble the bombs.

He determined that the B-29 was the only United States aircraft that would be feasible to carry the bomb, and even so would require extensive modification to do so (via a program known as Silverplate). Ramsey also planned atomic bomb test drops that used replicas of the Fat Man plutonium bomb known as “pumpkin bombs” for their orange color.

Ramsey received the 1989 Nobel Prize in Physics “for the invention of the separated oscillatory fields method and its use in the hydrogen maser and other atomic clocks.” For more on Ramsey’s scientific work, please see the Nobel Prize website.

Norman Ramsey's Timeline
1915 Aug 27th Born in Washington, DC.
1935 Received his B.A. in mathematics from Columbia University.
1940 Received his Ph.D. in Physics from Columbia University.
1940 Recruited by Isidor I. Rabi to work at MIT's Radiation Laboratory.
1943 Recruited by J. Robert Oppenheimer and Robert Bacher to work on the Manhattan Project.
1943 Oct Named head of Group E-7 of the Ordnance Division at Los Alamos to work on design and delivery of the atomic bombs.
1945 Worked on Fat Man bomb assembly at Tinian.
1947 Helped established Brookhaven National Laboratory on Long Island with Rabi.
19471986 Professor of Physics at Harvard University.
1989 Received the Nobel Prize in Physics "for the invention of the separated oscillatory fields method and its use in the hydrogen maser and other atomic clocks.
2011 Nov 4th Died in Wayland, Massachusetts.

Jones worked at the 100-F Area at Hanford during the Manhattan Project.

Attended Cooper Union for the Advancement of Science and Art.

Bert Tolbert joined the Manhattan Project in 1944 while completing his PhD in Chemistry from the University of California at Berkeley.