Riding with the Chadwick Girls
No to Spinach
A Lesson Exchange 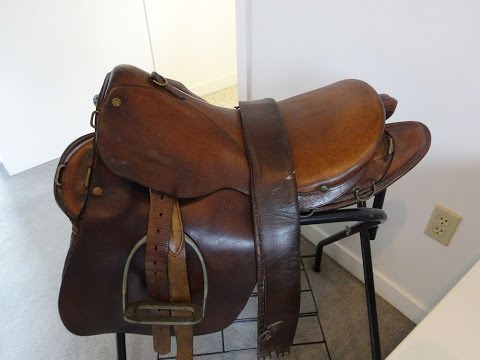 Vera Kistiakowsky recalls her adventures riding with Sir James Chadwick’s twin daughter, who lived across the street in the Baker House.

Narrator: Vera Kistiakowsky spent two summers in Los Alamos with her father, George Kistiakowsky. She remembers riding horses with the daughters of Sir James Chadwick. Chadwick was a Nobel Prize winner who headed of the British Mission, some 25 scientists from England. The Chadwicks lived across the street from Vera in the Baker House.

Vera Kistiakowsky: The Chadwicks had twin daughters, and they were a couple years older than I was. They liked to ride, and Mrs. Chadwick may have even initiated it. I think the wives at Los Alamos were rather scandalized at the freedom I was given, that I would ride with their daughters. My attitude was that this was a fate worse than death to be condemned to ride with two young ladies, which I did not aspire to be.

Unfortunately, they were used to park riding and didn’t know much about trail riding. By that time, I felt myself to be an expert, so perversely I sort of took the lead in what we did.

Once, when we were taking a shortcut which involved getting off the horses and scrambling up the side of a steep hill, one of the Chadwick sisters unfortunately put her hand where my horse put his hoof and got hurt. That sort of diminished my reliability in the eyes of their family.

However, after riding by myself for a while, the other Chadwick girl said, “Why don’t we go riding together?” So we did—and her horse ran away from her. Of course, it was my fault. Not her fault, but obviously I must be the villain. So that was the end of me riding with the Chadwick girls. 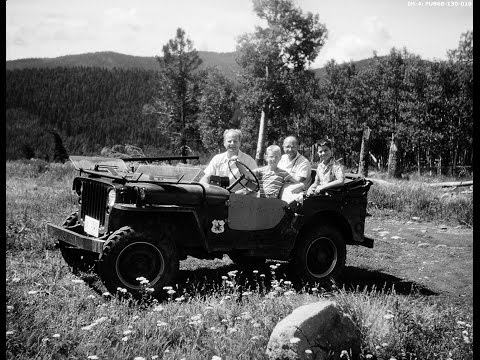 Narrator: Even during the war, Hans Bethe insisted on a two-week summer vacation with his wife Rose. The Bethes’ young son Henry was left in the care of Genia Peierls, wife of physicist Rudolf Peierls.

Rose Bethe: The most amusing story is that we had a friend who had a very vigorous approach to life and quite a loud voice. She was a Russian. When I was going on vacation with Hans without the child, Genia Peierls took over looking after Henry.

Henry moved into her house, and she had full charge of him for two weeks. Now, Genia is a very forceful person and very opinionated. One of the things she thinks is that children should accept.

She began to feed Henry spinach. Henry, of course, knocked it out of her hand first. She wrapped him in a diaper with his arms confined, then started to feed him. He spit it at her. Every time he did one of these things, she would say strongly, “No!”

When I got back and Henry returned to me, and Genia came two days later to see whether I was undoing all the good she had done for Henry, Henry gave one look at her and it was his first word. “No!” he said.

We visited the Peierls later in Birmingham when they had returned to England, and it was no better relation. Henry knew how to behave by then, but he surely didn’t like her. 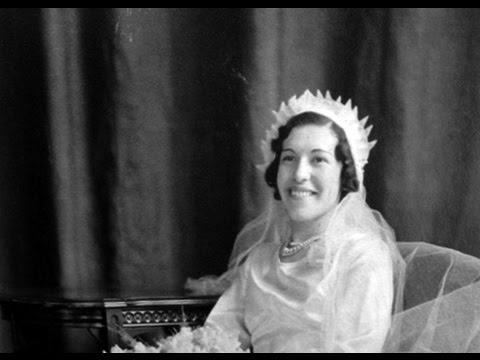 Dimas Chavez recalls the deal his mother made with scientists’ wives, to tutor him in English in exchange for Mexican cooking lessons.

Narrator: Dimas Chavez was only five when his father moved his family to Los Alamos for his job with the Zia Company. Dimas, who spoke only Spanish, struggled to learn English, and he found himself falling behind in school. His mother created a lesson exchange with Lois Bradbury and other scientists’ wives to help him.

Dimas Chavez: I found myself in trouble because as the rest of the class was reading and proceeding, I would translate as much as I could into Spanish and then back into English. I found myself falling way behind. Plus the fact when you are in school with the super students of eminent scientists and so forth who set the bar, I was intimidated, tremendously intimidated.

Well, my mother was a marvelous cook. A lot of the scientists’ wives were basically bored to death, those who weren’t part of the project, and they would just walk around. But they would walk by our house and they would smell these lovely odors coming out of her kitchen.

Unknown to me at that time, they knocked on her door one day and wanted to know, “Why, what is this lovely smell?” and so forth and so on. And Mother, in her way, explained. They said, “We would sure like to know how to cook some of that stuff.”

My mother says, “Well, let’s make a deal.” The deal was, Mother would share with them how to prepare a variety of Mexican dishes, in exchange for tutoring me after school.

Read Transcript
Quick Fact:
Many Manhattan Project scientists brought their partners and children at live at Los Alamos, NM, during the war. The children learned to navigate a town with security fences and enjoyed New Mexico's natural beauty.