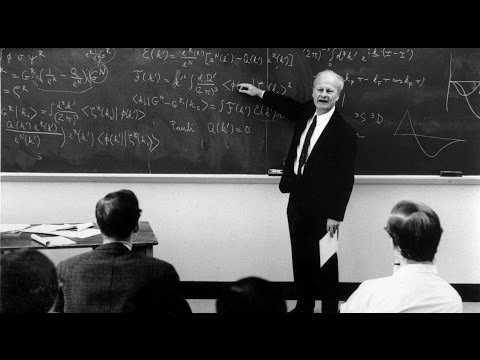 Narrator: Hans Bethe remains a beloved figure in Los Alamos for his contributions to science, which earned him the 1967 Nobel Prize in Physics, and for promoting the peaceful uses of nuclear energy. Later in his life, he spoke out against the further development of nuclear weapons.

Heather McClenahan: Hans became really a conscience for Los Alamos. He was a man who said, “If we’re going to be building these weapons, we need to have a say in how they’re used and where they’re used,” and those sorts of things.

For many years, he would come back to Los Alamos. He worked extensively on the Cold War on the hydrogen bomb and subsequent weapons that were developed over time.

Narrator: In a 1982 interview with Oppenheimer biographer Martin Sherwin, Bethe expounded on the threat of nuclear war during the Cold War.

Hans Bethe: If nuclear war were started, it threatens us at least as much as the Russians. And so it is no longer a useful threat against the Soviets.

However, their allies are not dependable. I think our allies are dependable—as long as they are not afraid of being destroyed by our trying to save them. 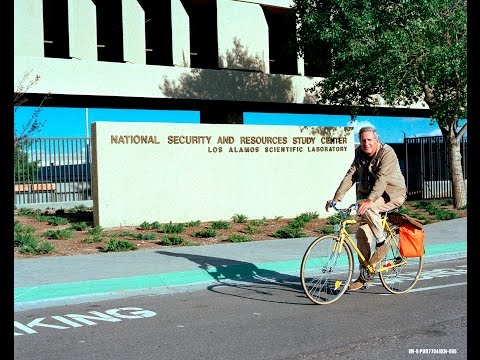 Charlie McMillan: Harold Agnew is obviously well known to our community. He has personally been part of the history of this laboratory almost since its inception, not only a witness to history, but also someone who has helped to shape that history. I think when I look at our laboratory today, I continue to see Harold’s hand on many of the things in our laboratory.

Harold came to the laboratory, like many of you did, as a graduate student, and joined the experimental physics division in 1943. He participated in 1945 in the Hiroshima mission. At that point, he had already served on Enrico Fermi’s team at the University of Chicago that had successfully done the first chain reaction.

He completed the Clinton P. Anderson Meson Facility, what we know as LANSCE [Los Alamos Neutron Science Center] today. He acquired the first Cray supercomputer. He trained the first ever class of IAEA [International Atomic Energy Agency] inspectors, and I think since that time, almost all IAEA inspectors have come here for training. When I said that his hand continues to be on the laboratory today, there are examples.