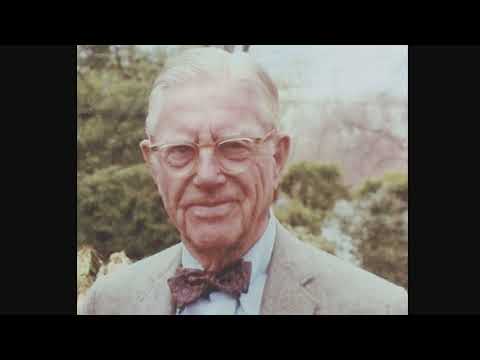 Perhaps the most infamous and difficult waste disposal problem at Hanford are the 56 million gallons of radioactive and toxic wastes in 177 underground storage tanks. Those originally built during the Manhattan Project at Hanford were thought to be a temporary solution. While much has been done to address immediate threats, the alternative approaches to treating the tank wastes are still being debated.

The 177 underground storage tanks at Hanford Site hold 56 million gallons of radioactive and toxic wastes created by the plutonium separation process. Ray Genereaux, project manager for DuPont, discusses why the highly toxic and radioactive waste was not intended to stay in the tanks.

Narrator: The process of separating plutonium used at Hanford generated large quantities of radioactive chemical wastes. Today, there are about 56 million gallons of waste that are held in 177 underground tanks. Most of the tanks are single-shelled, and dozens of them have been known to leak. 28 are double-shelled tanks. These tanks are all located in the 200 Area and are surrounded by monitors to detect leaks.

Ray Genereaux: Consideration was given to designing a waste concentration facility, but the urgency of getting the plutonium, they said, “We will put that aside and we will reduce the volume, but we will store it.”

And that was in these tanks, underground tanks. We spent days and days going over the specifications for them and modifying them and so forth. We had these big underground tanks. We had monitoring devices all around them so that if there was a leak, we would know it. We had to put air coolers up on top of them, because the heat of it would evaporate. They would come up and we would condense that, condense the vapor into liquid, so it would go back down.

It would have taken another building like 221 Building to do it, and I proposed designing it. And they said, “No, we cannot afford the time.” 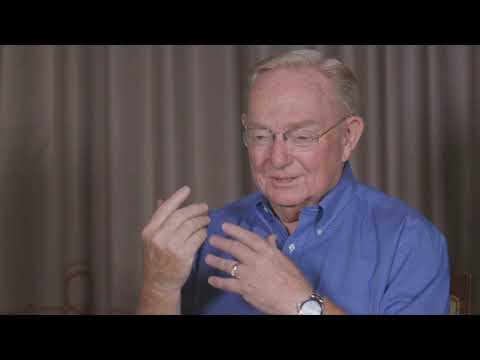 Vitrification is a process for treating the high level tank wastes at Hanford by creating solid glass logs that immobilize the waste. Bechtel National, Inc is currently designing and building the Hanford Tank Waste Treatment and Immobilization Plant, also known as the Vit Plant, to vitrify the 56 million gallons of tank waste. The construction is slated to be completed in 2023. Gary Petersen, John Fox, and Tom Carpenter explain why the process of using vitrification for Hanford’s tank wastes is particularly challenging.

Narrator: Hanford’s cleanup plans might someday include a process called “vitrification,” in which tank wastes are immobilized by turning them into a solid, glass-like substance that can be stored in stainless steel containers. In this glass-like form, the waste is impervious to the environment and its radioactivity can safely dissipate over hundreds to thousands of years. Bechtel National, Inc. was hired to design and build the Hanford Tank Waste Treatment and Immobilization Plant, also known as the Vit Plant. The construction, which began in 2002, is scheduled for completion in 2023 and has a budget of $17 billion.

The U.S. Department of Energy, or DOE, hopes to solidify the 56 million gallons of liquid radioactive waste now held in 177 underground storage tanks. Since each tank has a different combination of radioactive and toxic substances, vitrifying Hanford’s waste poses many challenges, as Gary Petersen will explain, followed by John Fox and Tom Carpenter.

Gary Petersen: The nuclear waste at Hanford is unlike any other site. It’s not like Savannah River. It’s not like Oak Ridge. They tried different processes to speed up the production of plutonium, and so they had a variety of different ways that they would remove the plutonium chemically.

No two tanks are alike, and there’s 177 tanks. No two tanks are alike in the composition that’s in those tanks. It becomes a very complex problem. The 177 tanks out there have all different chemicals in those tanks. As you get to the tanks and you want to solidify it, turn it into glass, you have to have a plant that can take any composition of the material and mix it and do it safely in zones that you may never be able to go back into. It has to be almost 100% failsafe before you start. That’s why the waste treatment plant is taking so long. That’s why it cost so much.

John Fox: All of that means we’ve got a much more complicated situation to face. It’s exacerbated by adoption, early on, of this so-called black-cell design for the Vit Plant, which was adapted from a British approach, which says, “You build this thing so you don’t require any pumping and mixing and things that require maintenance. Everything’s driven by pulse pumps, pressurized by hydraulic or pneumatic pressure, to move things around. And you don’t ever need to go into the plant to maintain it.” Well, you can never answer all the reliability questions that get raised.

Tom Carpenter: I’m pretty pessimistic about the approach they’ve taken, and how they’ve painted themselves into a corner with the waste treatment plant.

One of the design issues was in the ‘90s, the Department of Energy hired the British to design our waste treatment plant. They used something called black cell design. Black cell is called that because they take all these nuclear processes that are supposed to separate nuclear waste, in a huge room the size of a football field or two football fields and as high, just loaded with tanks and pipes and equipment.

Once you seal it off and start it up, you don’t have lights in there, you don’t have entries into there. You can’t get in to inspect, to repair, to replace equipment that’s failed. It’s supposed to operate for 45 years with no inspection, no repair and no replacement. If something breaks any time in there—a pipe breaks—it contaminates the whole facility, and you now have this huge, highly radioactive facility. What’s that going to cost to clean up? Nobody knows, and the facility is useless, if not worse. It may be a safety threat as well.

Narrator: Hanford’s current plan for handling tank waste is based on British success. However, Hanford’s task is more complicated because of the variety of radioactive and toxic mixtures in its 177 tanks. Four major nuclear facilities and 20 supporting facilities are now being designed. If all goes well, the process will be underway by 2022 and then take about 40 years to complete. 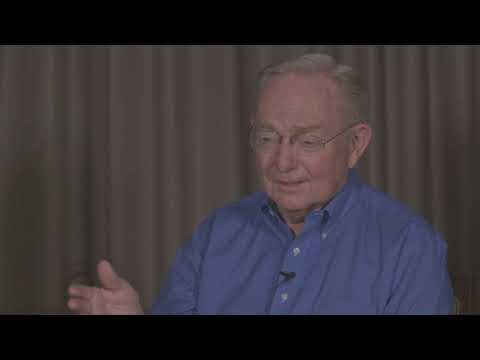 During the 1950s, the Savannah River Site in South Carolina was built to produce plutonium for nuclear weapons to augment production at Hanford for the Cold War. It built five reactors and many other facilities similar to Hanford’s.  As a part of their environmental cleanup effort, the Savannah River Site pioneered the use of grout or a cement-like mixture for immobilizing waste at the bottom of storage tanks like Hanford’s. Gary Petersen discusses the possibility of employing this grout technique at Hanford while Tom Carpenter, executive director of Seattle-based Hanford Challenge, raises concerns.

Narrator: Savannah River Site in South Carolina has begun employing a new technique to solidify and stop radioactive waste from contaminating the environment. This grout method mixes a cement-like substance with the waste in storage tanks. Gary Petersen explains this alternative method to vitrification for Hanford’s storage tanks’ low-level waste that would mix the waste with cement. Tom Carpenter raises concerns about leaving even microscopic quantities of long-lived radioactive materials embedded in cement in the tanks.

Gary Petersen: The GAO [Government Accountability Office] report shows that clearly for mixed low-level waste or low-level waste, there’s classifications of waste that you can put it into a cement—a solid structure—and put it into a burial site, and it won’t be leachable for hundreds of thousands of years.

It is being used at Savannah River. They’re doing some of it at Idaho. If you can do it with mixed low-level waste or low-level waste, that should be considered, because it’s faster and cheaper, and you get those tanks emptied as soon as you can.

The GAO report has shown that for mixed low-level waste and low-level waste that grout can be just as effective as glass. And you put it in a repository like WIPP [Waste Isolation Pilot Plant] or the WCS [Waste Control and Storage] in Texas, which is not very far from WIPP.

Tom Carpenter: There’s probably a place and a time when you can say, “That’s pretty good, fill it with concrete, close the tanks.” But the levels that they’re proposing to leave, without knowing the full scale of what they want to leave out there, is what’s really bothersome to us right now. It’s not a suitable location for the long-term storage or disposal of these kind of wastes, which are dangerous in tiny quantities, microscopic quantities, in some cases, for hundreds of thousands or even millions of years.

Some of the highly mobile radionuclides, like Iodine-129 has a 17 million-year half-life, and it’s highly mobile. Technetium-99 has a very long half-life as well, 114,000 years, I think. Again, highly mobile. These are the kind of radionuclides that won’t stay in one place, will end up going into the environment. Where do we know it goes from there?

Read Transcript
Quick Fact:
The Department of Energy faces the daunting task of managing 56 million gallons of radioactive and toxic wastes, generated during plutonium production, currently held in 177 underground storage tanks. Leaks from some of the tanks have spurred concerns that the waste could infiltrate the nearby Columbia River.