It All Starts with Marie
Radioactive Discoveries
An American $100,000 a Gram
Frédéric and Irène Joliot-Curie 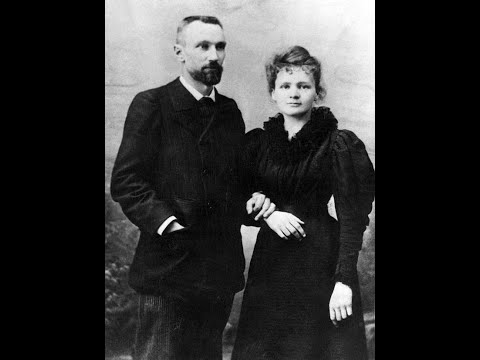 Narrator: Marie Sklodowska Curie was born in Warsaw, Poland, in 1867. Her parents insisted on good educations for their children, and Marie was an especially good student. At age 15, she graduated at the top of her high school class. But women were not allowed to attend the University of Warsaw, and that is why, according to historian Spencer Weart, Marie left Poland and headed to Paris.

If she wanted to be a scientist, and she did, there was no way to be that in Poland, even for a man. Because of the Russian occupation, it would have been very difficult. For a woman, no matter how brilliant, no matter how determined, the only route from Poland to any kind of career was through Paris.

She lived in a garret, practically starved, made her way up, found patrons in the usual fashion, and eventually managed to carve out a scientific career for herself.

Narrator: In 1894, after earning Master’s degrees in physics and mathematics, Marie faced a difficult decision: stay in France or return to Poland. Marie loved her native country, and had promised her father she would return. Hélène Langevin-Joliot, the granddaughter of Marie and Pierre Curie, says that in the end, Marie followed her heart.

Hélène Langevin-Joliot: It was difficult for Marie to decide, because Poland or France? They exchanged letters, very beautiful letters. In fact, letters from Pierre Curie were successful to decide her to remain in France and remain with him. He wrote something like that, “It will be a beautiful thing to spend our life together, a humanitarian life and also your patriotic life and your scientific life.”

Narrator: In the summer of 1895, Marie married Pierre Curie, who was eight years older than she and already a distinguished French physicist. They spent their honeymoon riding bicycles in Brittany. 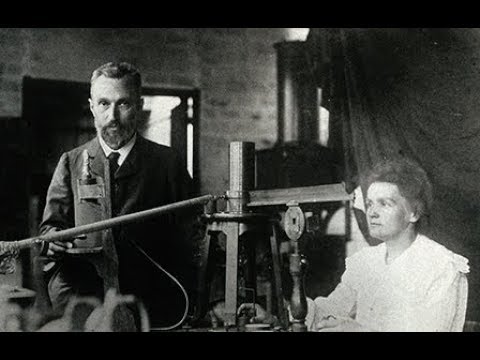 Narrator: Marie and Pierre Curie shared their love of science in a modest laboratory in Paris. They were curious to know why pitchblende, a uranium ore, was more radioactive than pure uranium. During their investigations, they isolated two new radioactive elements. Marie named one “polonium,” after her beloved Poland. The other they called “radium.” Hélène Langevin-Joliot and Spencer Weart describe the Curies’ brilliant discoveries.

Hélène Langevin-Joliot: They began to work together, Pierre and Marie. By the end of 1898, they had discovered first polonium in July, and radium in December.

Spencer Weart: Jointly—but with Marie as the driving force, in this particular case—they discovered radium, which immediately made an enormous impression on people. Here was this mysterious force of energy that glowed in the dark. It had perhaps spiritual powers. It certainly had powers to heal, or at least to cause bodily changes and so forth.

As Pierre quickly recognized, it gave off heat, which means that there was a source of energy in here. In fact, it seemed like an endless source of energy, energy that, as people gradually came to realize, had been in the nucleus of the atom since the creation. 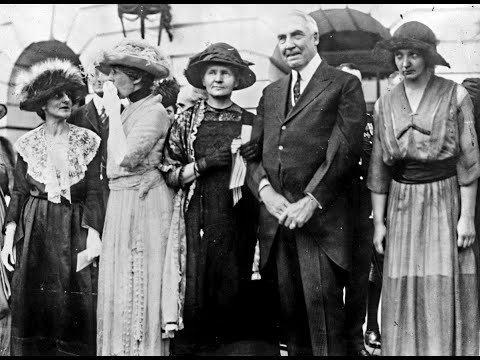 Marie Curie’s granddaughter Hélène Langevin-Joliot and historian Spencer Weart discuss how Marie was able to successfully raise funds to purchase a gram of radium for her research.

Narrator: Hélène Langevin-Joliot and Spencer Weart recount the American campaign to raise $100,000 for a gram of radium, an extremely rare element at the time, for Marie Curie’s research.

Hélène Langevin-Joliot: It happened that this journalist, Mrs. [Marie Mattingly] Meloney, was successful to get an interview from Marie, which was amazing because she never gave interviews.

It was the starting point of the petition to pay for one gram of radium to Marie, and the trip in America in 1921. It was a promotion, an exceptional promotion.

Spencer Weart: Marie Maloney was a journalist. She was an editor of a woman’s magazine, very good writer herself, a wonderful publicist. So, Marie [Curie] went on a tour, shuttled around from place to place. Marie Curie was shy, but she was willing to stand up and read her lines and say that science was necessary.

Narrator: In 1921, Marie Curie met with President Warren Harding, who presented her with the rare gram of radium. Later, Marie’s daughter Irène and her husband Frédéric Joliot-Curie used the radium for their Nobel Prize-winning research. Marie made another trip to the United States in 1929, when President Herbert Hoover gave her a $50,000 check to purchase another gram of radium, this time for the newly founded Radium Institute in Warsaw, Poland. 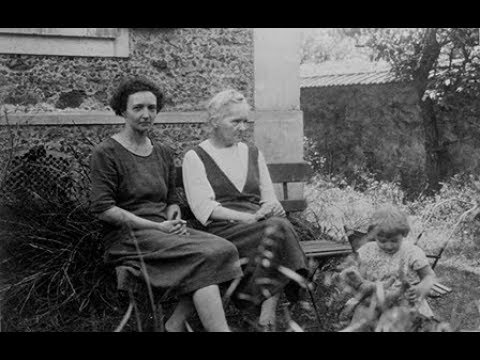 Marie and Pierre Curie’s daughter Irène became a chemist and conducted research with her mother at the Radium Institute. There, she met her future husband, physicist Frédéric Joliot. Their daughter Hélène Langevin-Joliot and historian Spencer Weart discusses the relationship and scientific partnership of the Joliot-Curies.

Narrator: Marie Curie’s daughter Irène followed her parents’ footsteps and became a chemist. In 1925, she was working with her mother at the Radium Institute when Marie made a fateful decision. Looking for an assistant, she hired a charming young physicist named Frédéric Joliot. Hélène Langevin-Joliot describes the young man, who would later marry Irène.

Spencer Weart: In the Radium Institute, he [Frédéric] encountered one of Marie and Pierre Curie’s two daughters. They had an artistic daughter, who became a well-known novelist. They had a scientist daughter, Irène, a couple of years older than Joliot. They had things in common. They shared their French scientific culture. They shared political views, which were what we would now call mildly on the left, progressive, vaguely socialist. Their main political views were that science was a great thing and should be supported. She, too, was a brilliant scientist.

Narrator: Frédéric and Irène Joliot-Curie’s daughter Hélène was born in 1928, and followed the Curie family tradition by becoming a physicist.

Read Transcript
Quick Fact:
Marie and Pierre Curie and Henri Becquerel won the 1903 Nobel Prize in Physics for their work on radioactivity.