The End of the War

Ranger Home > Los Alamos > The End of the War

Agnew on Hiroshima
A 22 Gun Salute 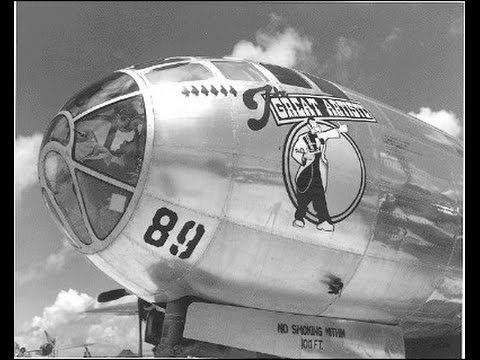 Harold Agnew, who would go on to become director of the Los Alamos National Laboratory, witnessed the bombing of Hiroshima from the B-29 plane The Great Artiste.

Narrator: Harold Agnew was a scientific observer aboard the B-29 The Great Artiste during the atomic bombing mission to Hiroshima.

Agnew: Luis [Alvarez] had this idea that we ought to measure the yield. We went to Oppie and got Oppie’s approval. Then he asked for volunteers to join him, because it was clear we were going to have to go overseas. He already had Larry Johnston.

It turned out, I was the only other volunteer. It was really rather dumb to do, because I had a wife and a one-year-old kid. Now, why am I volunteering to go overseas? It was just dumb!

Actually, we did not witness Hiroshima. We were busy with our instruments. The plane was lit up with the flash, because we had a window, about a six-inch window. That’s all we had back where we were. We were able to look out the window, and I took some pictures.

Came the time to go for the second mission, we said, “Fine, we’ll send Walter [Goodman] and we’ll send the two SEDs [Special Engineer Detachment servicemembers].” The powers that be said, “No, one of you guys has to go, too.”

Now, we all had uniforms. We weren’t really in the Army, but we had uniforms and insignia. I was a first lieutenant, it said.

Somebody had to go, so we decided we would draw straws. Poor Larry got the short straw. Larry went to Nagasaki, and we stayed there and wished him well. 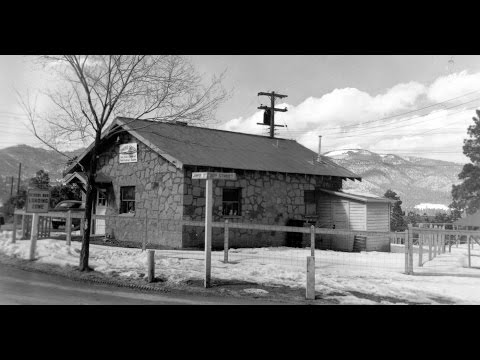 Narrator: V-J Day led to some raucous celebrations among the Manhattan Project scientists. Explosives expert George Kistiakowsky celebrated V-J Day by blowing up twenty-one fifty-pound boxes of TNT. He remembers how scientists pulled a prank on him after his explosive celebration – and how he got them back.

George Kistiakowsky: It was a big bash, when I got fairly soused at the party given by Robert Bacher. Those around me egged me on. I went to the explosive stores and got out twenty-one fifty pound boxes of TNT. With the help of a young man—since I was rather far gone—fired them in a field and then came back. The bastards told me I fired twenty-two.

Then I went to sleep in my little house, which was right across the street from Bacher’s house. They, then as a last thing, piled this fantastic pile of empty bottles—beer, whiskey, soda, and so on—in front of my only door, jutting outwards, so I was really was stuck.

So I got even, because I arranged with my trusty friends from my division a few nights later to bring some exceedingly heavy objects—I forget what they are—and blocked the doors of the man who I knew was the initiator of that last trick. Those things required a crew of workmen to remove from these doors.

Read Transcript
Quick Fact:
On August 6 and 9, the United States dropped the atomic bombs "Little Boy" and "Fat Man" on Hiroshima and Nagasaki. Hundreds of thousands of Japanese were killed and many more were injured. On August 14, Emperor Hirohito announced that Japan would unconditionally surrender to the Allies.