The Nuclear Navy
The Faustian Bargain 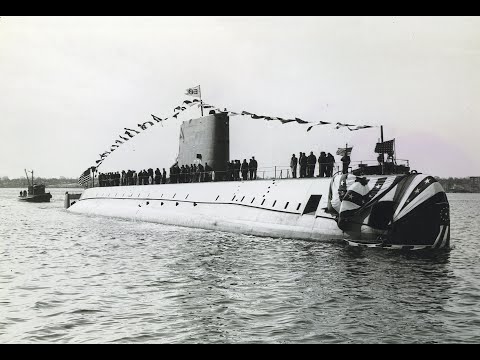 Gordon Fee: The Nuclear Navy was created through the discussions of two scientists, you might call, Admiral [Hyman] Rickover and Alvin Weinberg. Alvin Weinberg had been the scientist here in charge of reactor technology for a number of years in the late ’40s and early ‘50s. And they began envisioning how nuclear power could be used to generate electricity and how it might drive ships in order that they could stay at sea a lot longer. And it was through the discourse of those individuals that the actual power plant design used in submarines was developed and created.

The admiral, being a very strong individual, and Alvin, being very strong, [they] became good friends. And some of their personal letters are on file here at the Children’s Museum, handwritten by the two of them back and forth, arguing about the merits of this or that. Or, sometimes, talking about their tennis game.

When the admiral decided that he enough had information design, he did not want to be intertwined with the efforts going on to develop nuclear power for electric generation here. And he convinced the Atomic Energy Commission, the controlling entity of that era, to have his own laboratory off in, I guess, a piece in Pennsylvania and a piece in Idaho to drive toward the Nuclear Navy. But all the first officers for nuclear technology for the Navy were trained here.

And you could not have a nuclear power plant without the fuel, and the fuel was produced here at the Oak Ridge gaseous diffusion plant. All the early fuel for nuclear power, whether it be for the Navy or electrical power, was produced. You have to have the right fuel to put into the power plant. So, when you think about Oak Ridge, the first thing that comes to mind for me is that we created the fuel and we created the idea and we started the Nuclear Navy. 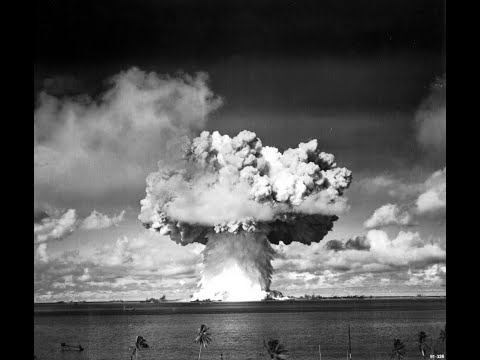 David Holcomb: Essentially, yes, you can use the energy out of fission for very creative and useful things, whether it’s nuclear medicine or power production. Or you can use them as very destructive things, where our nation maintains a stockpile of nuclear weapons, and we still live in a world that has adversaries and unpleasant things. And so, both aspects of the power of the atom continue to be important today.

Thom Mason: One aspect of that is the fact that same technology platform that we use for generating 20 percent of our electricity in the US and a growing fraction around the world—and we do it without CO2 emissions, and that’s all good—can be repurposed for nuclear weapons in a way that could be destabilizing.

And so, part of what the lab does—Oak Ridge but not just Oak Ridge, other DOE [Department of Energy] labs—Pacific Northwest and Los Alamos and Livermore and so forth—is try and develop technologies that can help prevent the spread of nuclear weapons. Limit nuclear proliferation. And that can be technologies for detection, so you can figure out, “Are people doing what they’re saying they’re doing? Are they doing things that we’re not being told about?”

The thing that’s hard is getting the enriched uranium or the separated plutonium. That requires more nation-state-scale activities that you can kind of detect at some level. It’s hard to hide them, and it’s also a pretty big investment and a degree of technical sophistication. So, if you could get access to that enriched uranium or that separated plutonium without having to go through all that rigmarole of building up capabilities for enriching uranium or reprocessing spent fuel and hiding it, then you’ve got a shortcut to a nuclear weapon.

Shortly after I became director at Oak Ridge in Iraq at Tuwaitha, which had been Saddam Hussein’s nuclear site back at the time of the first Gulf War. There was material there that–after the invasion of Iraq–people were concerned. It was a pretty chaotic time. There was a concern that that material, uranium oxide, and so forth, was at risk of becoming let loose in a very dangerous environment with extremists and so forth. A team was put together of people from Oak Ridge National Lab and Y-12 to go in and package that material up. The Iraqis actually sold it. It was sold to a Canadian uranium mining company, so it could then kind of go into peaceful uses.

Narrator: Zane Bell is a senior scientist at ORNL in the Nuclear Security and Isotope Technology Division. He works with scintillators, which use materials that emit light after exposure to ionizing radiation. Examples are sodium iodide and helium. Agencies like NASA and the U.S. Department of Homeland Security use scintillation detectors to detect radiation.

Zane Bell: They [scintillators] are used by NASA in probes orbiting the moon or the earth, looking for radiation coming from the planet.

Read Transcript
Quick Fact:
The USS Nautilus, launched in 1954, was the first nuclear-powered submarine. Today, you can visit the Nautilus at the Submarine Force Library and Museum in Groton, Connecticut.