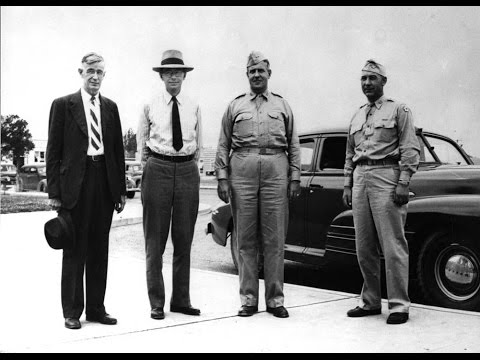 B Reactor Tour Manager Russ Fabre explains why Hanford was chosen as the site for the Manhattan Project’s plutonium production reactor. Colonel Franklin Matthias, who selected the site, describes why he considered Hanford to be the perfect location.

Russ Fabre: Why was this area selected, Hanford? General Groves told one of his trusted aides, that was Lieutenant Colonel Franklin Matthias, to go West. He had nine areas that they were going to look at, with some very strict criteria.

One, an abundance of water. Here at Hanford, we have the Columbia River.

Now when Colonel Matthias came through and flew over Rattlesnake Mountain after visiting northern locations in Washington, as he crested the hill, he says, “This is it. This has to be it. There is no place like this anywhere else in the country.”

Narrator: Franklin Matthias remembers the conversation he had with the General.

Franklin Matthias: That night, I called General [Leslie] Groves from Portland and told him that I thought we had found the only place in the country that could match for a desirable site.

We are picking a place that has a spur line railroad from Milwaukee right into the place where we would feel that these facilities were going to be built, and that our property would probably include the switch station between Bonneville and Grand Coulee. Right on that big 230-Kv line, high voltage.

It had so much in favor of it. An area with almost no people. Fairly undeveloped. It just has all of the advantages. We were very enthusiastic about it. 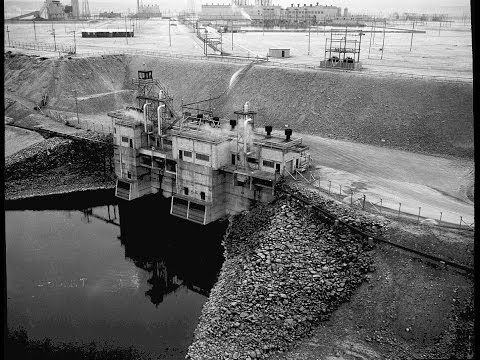 B Reactor Tour Manager Russ Fabre discusses the importance of the 181 Water Pumping Station, and what the area looked like during the Manhattan Project.

Narrator: The abundance of cool, clear water from the Columbia River was essential to the B Reactor’s operation.  From this pump house, the water was sent to treatment plants. Then it was passed through the reactor before being returned to the Columbia.

Russ Fabre: Along the river is the 181 Water Pumping Station. This supplied water to the B Reactor to cool the reactor core itself.

What this area would have looked like in 1943: it was a beehive of activity. Whole structures were here to support the activity of the B Reactor. There was water purification plants. There were machine shops, administrative buildings. Total number of employed workers out here during day shift was between 350 to 400 workers. 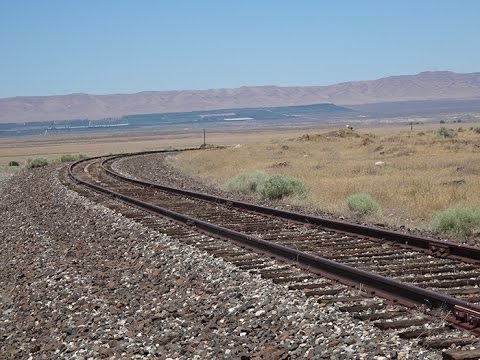 B Reactor Tour Manager Russ Fabre explains the important role the railroad played at Hanford during the Manhattan Project, and how the rail spurs received their unique names.

Narrator: Trains were used in almost every Hanford operation, from constructing facilities to delivering final products. Between 1943 and 1945, 158 miles of track were laid on the Hanford site.

Russ Fabre: Part of the infrastructure required here at Hanford Engineering Works during construction phase was a very intricate network of railroads. What we are standing on right here is one of the spurs that in later years fed the K-Basins with materials and also transported the irradiated fuel from the K Reactors, B Reactor, C [Reactor], up to the process buildings in the 2000 Area.

It was required or needed to have each one of the spurs named as an identifier. So the construction company at the time came across the very novel approach for naming each one of these junctions. They went to their administrative pool, and they named these junctions after their secretaries. So we have Susie, we have Ruth, Ginger, and Geneva.