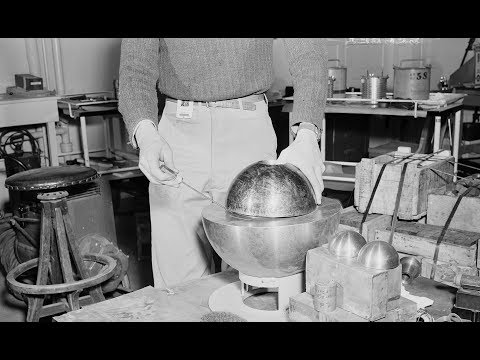 Richard Rhodes: Technical Area 18 is where a young scientist named Louis Slotin accidentally and fatally irradiated himself conducting a fairly routine experiment shortly after the war.

Richard Malenfant: The accident on May 21, 1946, occurred in the afternoon. Slotin was designated to become the armer out at Bikini Able, the tests in the Pacific. His place here was going to be taken by Al Graves.

So Al Graves asked for a demonstration of the measurement of the criticality. It was a pick up experiment. Slotin perhaps had his thumb in the central hole of the upper beryllium hemi-shell, a little further than it had ever been done before.

Rhodes: Following the accident, Raemer Schreiber, who was one of the eight people in the room at the time, wrote a memo with several recommendations for how to prevent future accidents.

Malenfant: To a large extent, those recommendations make the basis of nuclear criticality safety to this day. 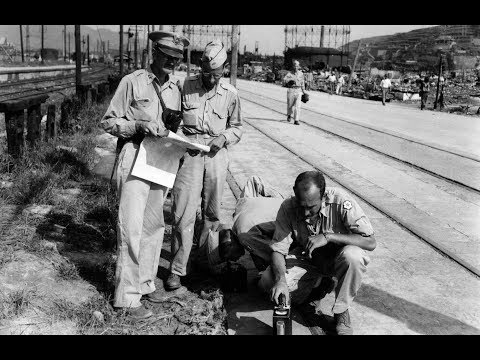 Jim Walther, director of the National Museum of Nuclear Science and History in Albuquerque, provides an overview of health physics and discusses the research Los Alamos National Laboratory has undertaken in the field.

Narrator: Jim Walther, director of the National Museum of Nuclear Science and History in Albuquerque, New Mexico, describes how Los Alamos has served as a pioneer in the field of health physics.

Jim Walther: Health physics is a form of medical and technical knowledge, where understanding the effects of radiation, the kinds of radiation, the types of materials that can cause radiation exposure, and what those things do to living tissue, how they have short and long-term effect.

They [health physicists] help to monitor the amount of radiation, whether it would be alpha, beta, gamma, how long it would be, how much. They calibrate the instruments that are used to detect and understand it, and they design the materials that protect us from that, the barriers as well as the administrative controls, like the kinds of signage and the kinds of warnings that would be around a radiological area.

What are the effects of long-term, chronic exposure to radiation, and what are the acute issues? When someone might have a burst of energy near them, what did that do? How did cell mutation take place, and what kinds of things were effective? What was the situation that occurred when you had radiation exposure?

Obviously, the dropping of the bombs in Japan, and then the military going in to learn about that and seeing for themselves how the Japanese people were affected. Those that lived from the very first blast and were exposed to radiation, many of those people were studied for many years. The [Los Alamos] laboratory became the place where those kinds of information were better understood, and it led to modern health physics.

Because radiation is a part of all of these kinds of work, in the medical community, but also in the weapons development community, in the power generation community. Every place that radiological materials are used, where they are in industrial settings, there is health physics.

There are people who measure and care for the amount of radiation and the experience that one has near it, and developed things like ALARA, As Low As Reasonably Achievable; elements of measurements; and things such as that. All of that started there. 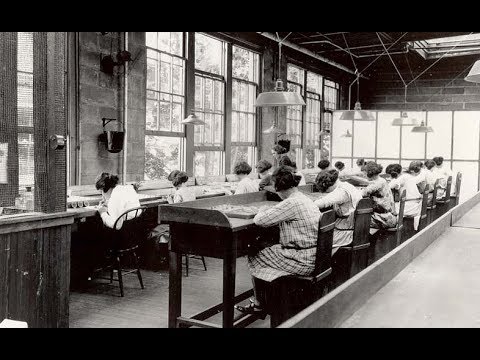 Narrator: Dr. Louis Hempelmann, director of the Health Group at Los Alamos, explains why the Manhattan Project’s understanding of plutonium risks was rather primitive.

Louis Hempelmann: We were all well-trained in our fields, but the field of radiation biology was almost unknown. We had an idea of what was going on, but it was pretty primitive.

A safety committee gradually evolved, which I must say was not my idea. It was pretty primitive by the standards of today, for example. I think it was not only primitive there, but it was primitive everywhere.

For example, when plutonium came in, nobody had worked with plutonium before. So all of the doctors on the Manhattan Project went up to the radium dial painting plant up in Boston to see how they handled their—plutonium and radium are quite similar. They give off the same radiation. They worked under a hood. They would clean it up and test the contaminated area for actual contamination.

So our procedures were patterned after that. Of course, what the dial painter did was quite a simple operation with minute quantities of radium, whereas our people were doing complex chemical and metallurgical procedures with kilograms. 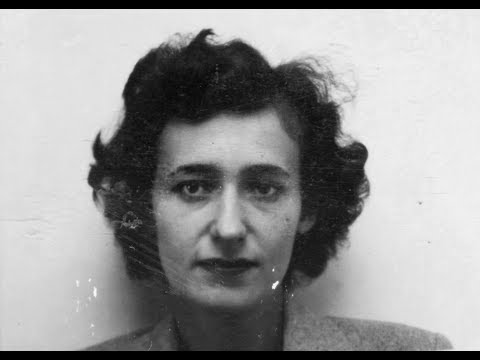 Manhattan Project chemist Lilli Hornig recalls being fired from the chemistry department at Los Alamos because of concerns that plutonium could cause reproductive damage.

Narrator: Lilli Hornig was one of two women working in the chemistry department at Los Alamos during the Manhattan Project—until they were both fired and reassigned.

Lilli Hornig: I had a job in the chemistry department doing what was called “fundamental wet research,” which involved working with plutonium, determining the solubility of various plutonium salts. There was essentially nothing known about plutonium chemistry at the time.

There was one other woman in the division. She and I worked together, and we did our little procedures and put them under the Geiger counter. It wasn’t terribly inspiring.

Then they got the first results from Hanford with the bad news about plutonium-240, which was much more active than 239. And the first response was to fire both of us instantly. I complained a bit about that.

They were worried obviously about reproductive damage. I tried delicately to point out that they might be more susceptible than I was [laughter]. That didn’t go over well. 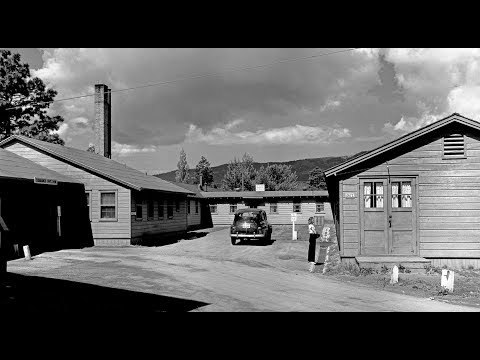 Evelyne Litz: When you worked there at the labs, it was definitely like a family. The job I had originally was in health physics. They were primarily concerned with the health of everybody there.

The scientists were given urine bottles very frequently to fill, blood tests were taken. We had badges that would show radioactivity. Everybody who entered the Laboratory D Building where we worked wore booties.

We would take dust samples and then put them on a Geiger counter. And if there was any problem, we had a group of men ready and able to decontaminate.

Floy Agnes Lee: My assignment was to collect the blood from the research men, scientists, who were working on the atomic bomb. I had to learn how to take blood, how to read the blood cells, what type of blood cell, and all that’s connected with the hematology.

I got along real well in that area. They sent me to go to different sites where the production was being done, and I would draw the blood from individuals. 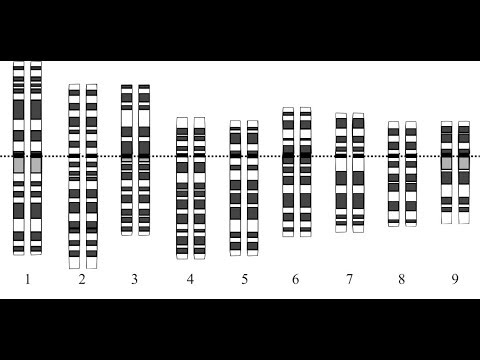 Los Alamos National Laboratory physicist James L. Smith describes how research at the lab led to the Human Genome Project, which mapped all the genes of the human genome.

Jim Smith: It was probably in the late ‘70s, I had a friend named Dick Keller, who did molecular beams. He could make a molecule go by and then probe it with a laser, and he could determine what it was. He could measure a single molecule to know what structure it had.

We knew that life as we know it comes from the genome, from the DNA. And we finally had a way to map it, which in fact, required to look at a molecule and know what it is.

It’s amazingly important. It’s important because we can track genetic diseases. There’s all kinds of things we can do. You can track your ancestors nowadays by doing a mouth swipe.

This is the importance of basic science. You see, you start with Dick Keller, who is simply trying to identify a molecule going by in his system, and you end up revolutionizing medicine and biology by being able to measure DNA.

If we had set out to measure the human genome, I don’t know how we would have done it, but we would have made something even more cumbersome. The value of basic research—at Los Alamos, we’re very good at it. 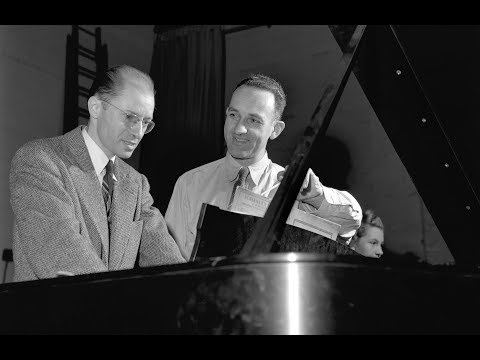 Narrator: Radioisotopes, the radioactive form of an element, were discovered to have tremendous medical value. Dunell Cohn, son of Manhattan Project biochemist Waldo Cohn, describes his father’s work to produce radioisotopes for medical use.

Alvin Weinberg, the person who was the head of the Oak Ridge Laboratories for many years after the war, he decided that one of the major contributions that the whole Manhattan Project and Oak Ridge facility had made to the world was developing this program of making radioisotopes available.

Of course, they have had unlimited applications in research and in therapy. So it was an important contribution that came out of the war effort, even though it was not a direct objective.

Milton Levenson: There’s one isotope alone, tech-99, that over a million patients a year get treated with in the U.S. They estimate it reduces death of heart attacks in emergency rooms by 60 or 70 percent.

Read Transcript
Quick Fact:
The Manhattan Project leaders knew that they were about to create a new and intense source of radiation, and thus efforts into understanding its effects were increased. The term “health physics” arose partly out of the secrecy of the project and partly due to the nature of those employed—it was mostly physicists working on problems relating to health.