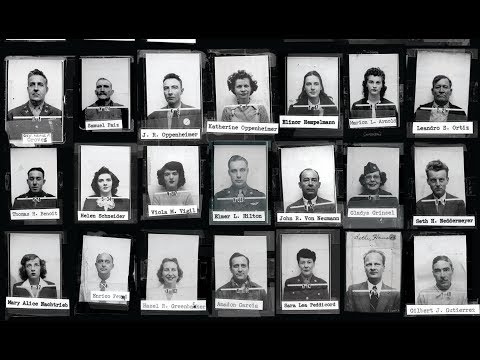 Gerhart Friedlander: What was important at Los Alamos and what was, I think, a key to the success was the cooperation between different disciplines.

Chemists, physicists, mathematicians, metallurgists, explosive experts, all working together in close corroboration, constantly in touch with each other and with each other’s progress or lack of progress. I think that this interdisciplinary nature of the work was absolutely essential.

James L. Smith: At Los Alamos, we have a mission to provide safety for the world. We want to have a credible nuclear stockpile. We also help in making nuclear reactors safe and making better fuels. But because we are a multidisciplinary national laboratory, we can do a better job on our mission. And incidentally, we have the freedom to explore these other subjects that lead to other things.

This makes the security of the country safer, because we’re a multidisciplinary lab. And it makes the quality of life better for Americans, because we’re also doing these things on basic research. This is the strength of a laboratory like Los Alamos, and I hope it continues to be strong. 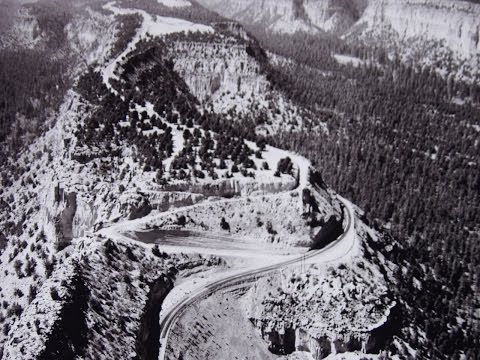 Narrator: Physicist Edwin McMillan and his wife Elsie once lived in Master Cottage Number One. In 1942, [Edwin] McMillan was working at the Radiation Laboratory at Berkeley, when J. Robert Oppenheimer invited him along on a trip to select a site for the Manhattan Project’s top-secret scientific laboratory.

Edwin McMillan: There were certain requirements for a site. It had to be far from the borders of the United States, and it had to be in an area not close to highly built-up areas, mainly for security reasons. Didn’t want to have the scientists mingling with a lot of townspeople and gossiping about what they were doing.

Many places were looked at. Colonel [John H.] Dudley said that he visited most of the small towns in the Southwest. He said he traveled thousands of miles on two-lane roads—one lane for the left wheels and one lane for the right wheels.

Well, this site search headed up. Colonel Dudley had decided, on the basis of the criteria and what he had seen, that the best site was Jemez Springs, New Mexico. So, it was arranged that Oppenheimer and I were to go to Jemez Springs.

Well, soon as [General Leslie] Groves saw it he didn’t like it. There was no argument there. Groves said, “This will never do.”

At that point, Oppenheimer spoke up and said, “If you go on up the canyon, it comes out on top of the mesa and there’s a boys’ school there, which might be a useful site.”

We all got in cars and went up to Los Alamos Ranch School. I remember arriving there. It was late in the afternoon. There was a slight snow falling, just a tiny drizzly type of snow. It was cold. And there were the boys and their masters out on the playing fields in shorts. This is really a place for hardening up the youth.

Soon as Groves saw it, Groves said, “This is it.”

MIT professor David Kaiser discusses the impact of the Manhattan Project on scientific enterprise in the United States.

Narrator: In less than three years, the Manhattan Project created 5,600 inventions and generated 2,100 secretly filed patent applications. The extent of this legacy is described by Massachusetts Institute of Technology Professor David Kaiser.

David Kaiser: Our recent MIT President Susan Hockfield has said—and I think quite rightly—that our entire research enterprise in the United States really is built on a pattern, is modeled on the Manhattan Project. I think there’s a lot of truth to that.

The assumptions behind how basic research should be done, let alone applied projects or mission-oriented work, but even very basic research, which might not have an immediate payoff or immediate application—the system for supporting that kind of work really was fastened in a hurry under great duress during World War II in the United States. It had an enormously long-lived legacy. In fact, we really, in some sense, are still within it to this day. Many features that were put together in the 1940s still are how we organize and fund and disseminate the results from research today.

MIT professor David Kaiser explains that scientists and engineers had to learn to cooperate if the Manhattan Project was going to succeed.

Narrator: According to Professor David Kaiser, cooperation was essential to success.

David Kaiser: Science and engineering clearly share a pretty broad overlap and yet they’re not the same thing. They’ve also changed a lot over time. One of the things interesting going back to World War II was the degree to which the two different styles had to come at a very rapid contact. On many Manhattan Project sites there were people trained in engineering who were sometimes for the first time working very closely—elbow to elbow—with people trained in very abstract and very theoretical basic sciences.

The knowledge transfer went both ways. Physicists are often very cocky: “We know all about the laws of electricity and magnetism. We know what makes waves propagate. We know all of that stuff. We have these beautiful equations in our beautiful text books.” And, that was true. But, applying those beautiful equations to real world situations where you can’t assume that everything has beautiful symmetric geometries where there are all kinds of messy surfaces to worry about, that’s the engineer’s world.

Those were relationships that were not very common before World War II, at least in American science. These were people who were trained separately, housed in different academic departments. They might not ever even bump into each other on campus. And, the kind of hot house of war threw them into projects with immensely pressured timelines where they had to learn how to work together.

James Schoke invented so many new devices during the Manhattan Project that he was assigned a dedicated patent officer.

Narrator: Jim Schoke’s pioneer work on radiation detectors earned him the attention of laboratory director Samuel K. Allison. He also challenged the young physicist with making all sorts of new and innovative devices. Schoke received so many patents during the project that he was assigned a dedicated patent officer to help keep up with his inventions.

James Schoke: Alpha rays are one type of radioactive ray, and I was asked to make improvements in alpha detectors. I worked on that for several months and did make substantial improvements by inventing a new way to use a vacuum tube in the device.

As a result of those inventions, the patent department of the project sent a colonel to file patents on behalf of the project in my name. And he would come looking for me. And everybody would joke about “Schoke’s Colonel” because he would come looking for me. They did file, and it was my understanding the patents were granted, although I never saw them because they belonged to the government.

Drawing from his experience at University of California, Berkeley, J. Robert Oppenheimer recognized the power of collaboration and rejected pressures to have scientists work in isolation. At the Los Alamos laboratory, Oppenheimer held weekly colloquia or sessions that brought scientists of all disciplines together to work on tough problems.

Narrator: Innovation required collaboration. At Los Alamos, scientists had to deal with the military’s insistence on secrecy. Oppenheimer had a brilliant solution as discussed by MIT’s David Kaiser and Manhattan Project veteran Ben Diven.

David Kaiser: One of the really fascinating aspects of the Manhattan Project and Los Alamos in particular—the central scientific laboratory for the entire project—was this tradeoff, the tension between secrecy and classification. Clearly, information could not be allowed to travel very far or wide. Yet, many of the scientists really kind of chaffed at what felt like a very unscientific approach to sharing information. Many of the scientists were in the habit of frankly talking all the time. That’s how they felt they learned was talking very freely in open-ended brainstorming sessions with their colleagues, with their students, with newcomers.

I think a real kind of master stroke, a brilliant maneuver that Oppenheimer put in place originally over the objections of some of the military leaders like General Groves—though they eventually came to work it out—was to have a weekly colloquium at Los Alamos for at least all people of a certain kind of training level. Not every single person on the mesa could join, but it was open to wide groups of people where there could be some degree of sharing across the otherwise very carefully separated out divisions.

Ben Diven: I think the colloquia were one of the most important things. Everybody who was a staff member at the lab was allowed to come to colloquium. And I don’t know how many people, I suppose it was some hundreds, and Oppenheimer insisted that everything could be discussed there. There were no compartmentalization and it was very often true that people who—well, the idea was to have various group leaders usually describe what the group was working on and what their main problems were, what they were having trouble with. And very frequently then it would turn out that somebody who had not associated with them at all would come up with an idea of something that would actually be important.

David Kaiser: The colloquium became an enormously important arena for at least the leadership of these different groups to be able to really kind of hang out and share ideas and express concerns. Whereas, otherwise the impulse had been among some of the leaders to sort of keep all the divisions really sort of separated so that no one person could gain too much information about the project as a whole.

Oppenheimer, and I think many of his colleagues, agreed that the opportunity to really make enormous progress by having smart people in the room who could have kind of unfettered discussions—the projects simply could not succeed without that kind of colloquium format built in.

Haskell Sheinberg: The colloquiums, there were primarily speakers from different groups and divisions stating the projects that they were working on and the progress they were making and the lack of progress due to problems. And always ending up with, “These are my major problems and who can help me?” And, of course, the attitude of Oppenheimer was that you talked to anybody in the laboratory who can help you in your work.

And so there was a lot of interchange and interdisciplinary interactions with people. So somebody from one discipline might have a totally different outlook on what his problem really was or the origin of his problem. And sometimes it went back to the basic materials they tried, the properties of the materials that they started with, how you could do it better or different ideas.

So people felt free to say things what they thought about things. And Oppenheimer was the one, I think, that really inspired all of us to interact with everybody else that we needed to do our job better. And he certainly motivated us and the other good thing was that he trusted everybody, I think, to do their best and to do it honestly and help others. And, of course, be safe; he did stress that. So I think everybody tried to adhere to Oppenheimer’s way that he managed the lab. And I think he really knew what was going on in a good part of the laboratory.

Read Transcript
Quick Fact:
The laboratory at Los Alamos has encouraged interdisciplinary collaboration among scientists and engineers since the Manhattan Project through today.