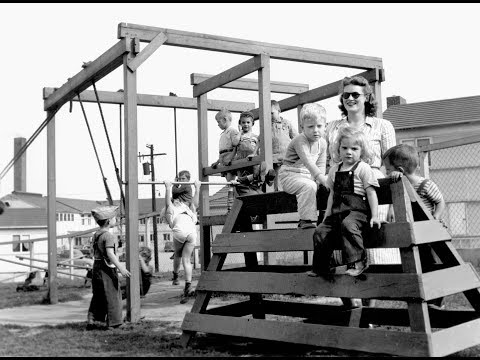 Oak Ridge was designated as the site for the Manhattan Project’s uranium production facilities in September 1942. Approximately 3,000 people living in the area were displaced, and construction of a new city began at breakneck speed.

Narrator: Manhattan Project veteran Bill Wilcox describes how thoughtfully Oak Ridge was laid out and why it was such a “remarkable place” for the community.

Bill Wilcox: It was just an amazing place. It was farmland, you could tell that, but there was construction going on everywhere you looked. Trucks and people just crawling all over the place, hammers and banging. Wooden structures going up everywhere. Roads, road machinery. Nothing was paved, and there weren’t any sidewalks.

Somebody, bless their hearts, when they cut down all these darn trees to put up a building or something, they had a saw mill. And they used the lumber to make sidewalks. We had miles, 160 miles of boardwalks all over town.

And [General] Groves realized that it was important to have the feeling of a community where these scientists and engineers and top managers and their spouses and their children would feel at home, not like they were just off in a terribly temporary community. He wanted it to have the feel of a normal town. And that’s why they did such a beautiful job on the layout of the community.

People were relatively happy—it was a great place to raise kids. They had neighborhood schools and neighborhood shopping centers. There were buses here, loads of them, but most people could walk to a shopping center where there was a grocery store, beauty shop, barbershop, laundry—little strips, twelve of them all around the town. And there were nine elementary schools so most kids could walk to school. So the town was really a remarkable place. 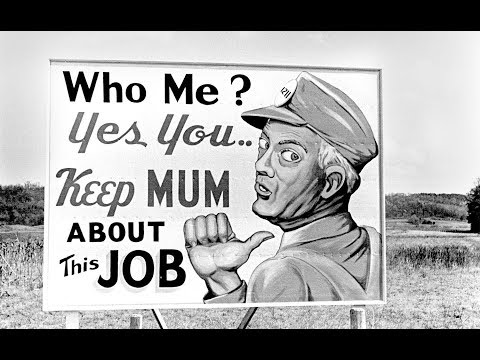 Bill Wilcox recalls how due to the Manhattan Project’s secrecy, he was not told where he would be working or what his wartime duties would involve.

Narrator: Bill Wilcox was hired by the Tennessee Eastman Company to work at Oak Ridge in 1943. But Manhattan Project recruiters refused to tell him where he would work or what he would be doing.

Bill Wilcox: The Eastman Kodak guy that was interviewing me gave me the General Groves treatment! I asked him, “Where will I be working? Will I work for you guys in Rochester?”

“No, won’t be working in Rochester.”

“Where will I be working?”

“What kind of work will I be doing?”

But I said, “What kind of chemistry will it be? Organic, inorganic, physical?” 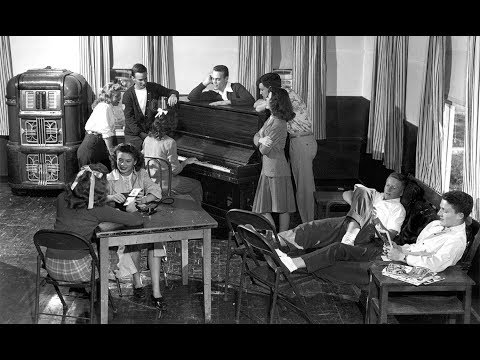 A very youthful community, Oak Ridgers complemented their work with an active social life. Dances were one of the most popular events. Most were unaware of the overall mission of the project.

Narrator: The average age at Oak Ridge was 27. In their off hours, Oak Ridgers enjoyed many different forms of recreation. Mary Lowe Michel and Colleen Black recall one popular activity: dances on tennis courts.

Mary Lowe Michel: Almost any night of the week you could go to the recreation hall and dance. Most of it was recorded music, except on weekends we had live music. This guy would bring his equipment and play records and we would dance on the tennis courts.

Colleen Black: We swing danced, we jitterbugged and we get all these GI’s and all the guys from other places that really knew how to dance. I mean, maybe they would even throw somebody up over their head and down through their legs like they do on the movies. Lots of dancing.

Mary Lowe Michel: The spirit was one of freedom. A lot of us had never been away from home before, and we were enjoying our freedom. 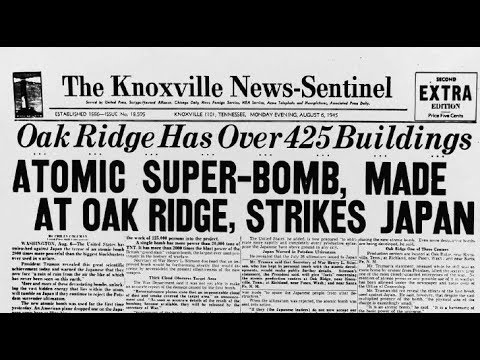 The United States dropped “Little Boy,” the atomic bomb fueled by uranium from Oak Ridge, on Hiroshima on August 6, 1945. Between 90,000 and 166,000 Japanese died within the first four months after the bombing. Today, historians and the public continue to debate the decision to drop the atomic bombs on Hiroshima and Nagasaki. For more information, see “Bombings of Hiroshima and Nagasaki.”

Narrator: The United States dropped “Little Boy,” the atomic bomb fueled by enriched uranium produced at Oak Ridge, on Hiroshima on August 6, 1945. The news of the bombing revealed the top-secret work at Oak Ridge to the world. Three Manhattan Project veterans who worked at Oak Ridge, Robert Kupp, Ray Stein, and Mary Lowe Michel, recall their reactions to the bombing and the end of World War II.

Robert Kupp: The town went wild. It was absolutely crazy because, as was generally reported in the papers, very few of the people here knew that we were working on a bomb. No one knew what the status was, because, you know, as relatively young engineers, it was not possible for us to know how much material was needed for a weapon or anything else. We weren’t sophisticated physicists like [J. Robert] Oppenheimer and the rest of them out in Los Alamos.

Ray Stein: What I remember is people just driving up and down the road, honking and hollering and shouting. And it was just like a New Year’s Eve ten times over. It was just a wild experience. People were just so—just letting out all this energy all at one time, and being so happy it was over, especially those that had loved ones overseas.

Mary Lowe Michel: There was joyous occasions in the streets, hugging and kissing and dancing and live music and singing that went on for hours and hours.

But it bothered me to know that I, in my very small way, had participated in such a thing, and I sat in my dorm room and cried.

Read Transcript
Quick Fact:
In 1942, Manhattan Project director General Leslie R. Groves selected Oak Ridge, TN, to be the site of the pilot plutonium plant and the uranium enrichment plants for the atomic bomb project. The government ordered the residents of five small farming communities to leave the area. By the end of 1945, the town of Oak Ridge had over 75,000 residents - workers at the plants and their families.