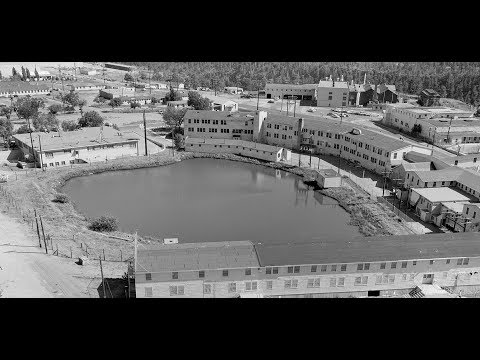 Narrator: The Technical Area was where the work to design the bomb took place. As author Richard Rhodes explains, the Tech Area was at the center of the Los Alamos laboratory near Ashley Pond.

Richard Rhodes: The heart of the laboratory was the Technical Area. This is where the science and the engineering was done for the bombs. These were three-story wooden buildings, really expanded barracks, painted camouflage green, not intended to outlast the war.

In these buildings, the world’s leading physicists and other scientists worked six days a week surrounded by high fences and military guards trying to develop a bomb before Nazi Germany succeeded in doing so. These buildings were destroyed decades ago. But some important properties from the Manhattan Project remain in the laboratory’s vast areas behind the fence, out of public view.

Narrator: Miles from downtown Los Alamos on a pine-covered mesa, Manhattan Project scientists worked with explosives. John Isaacson notes that this is where they built and tested the two bomb designs known as Fat Man and Little Boy.

John Isaacson: People are sort of surprised to see in the context of this forest, cut out of the forest, are these little clearings in which these technical buildings exist, where high explosives research is going on, activities associated with the nuclear weapons mission of the laboratory. So it is sort of a funny juxtaposition. There are herds of elk walking between these buildings at the high explosives area. So it is a strange contrast. 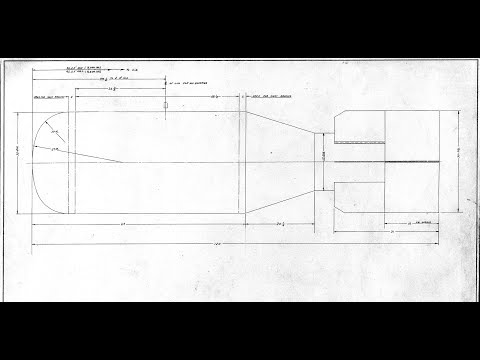 Jay Shelton: The simpler way was to have two pieces of uranium that were not right next to each other, because you don’t want this reaction to start. Then you try to bring them together in a way which will hold them together for as long as you can. The design was to have a gun. They had a core at one end and a hollow piece at the other end, both made out of enriched uranium.

You set off an ordinary explosive down here to shoot one piece as fast as you possibly can down the tube, and it will slip over the cylinder at the other end. Pretty soon it gets critical, and things start happening. But because of the inertia of bringing this slug in, that it will be around for enough time to get some small fraction of the atoms to fission so that you get a bomb. 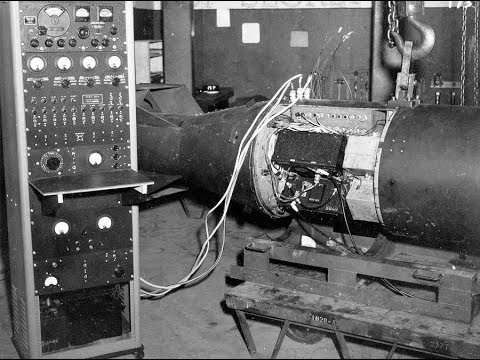 John Isaacson: The reason we call it the “Gun Site” is because there was a naval cannon there that was used to do experiments. Explosive experiments were set up, people went down into the bunker because shrapnel often would fly all over the place, and then observe the experiment from the periscope and then go up and collect their information.

Sure enough, that’s what the Hiroshima bomb was. They simply dropped a cannon, if you will, out of an airplane. When it approached the ground, the cannon went off and assembled it and formed a prompt critical assembly that produced 12 or 13 kilotons of energy.

Read Transcript
Quick Fact:
Manhattan Project scientists designed the world's first atomic bombs: a uranium gun-type bomb, "Little Boy" and a plutonium implosion bomb, "Fat Man." The US dropped the Little Boy bomb on Hiroshima on August 6, 1945. Between 90,000 and 166,000 people are believed to have died from the bomb in the four-month period following the explosion. The Fat Man bomb, dropped on Nagasaki on August 9, 1945, killed about 80,000 Japanese by the end of 1945. Historians continue to debate the role of the atomic bombs in ending World War II.