Ranger Home > France and the Atomic Age > The Manhattan Project 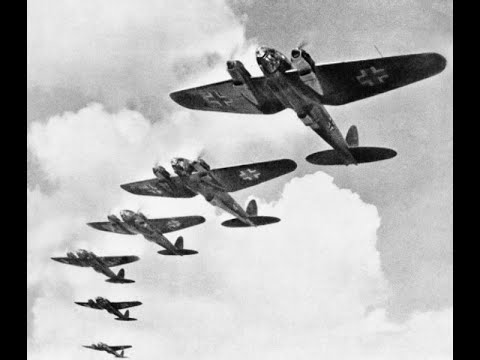 Narrator: After their arrival in England in June 1940, Hans Halban and Lew Kowarski worked on experiments using the heavy water that they had smuggled out of France. As Spencer Weart explains, the British were convinced that an atomic bomb was feasible and they were eager to enlist refugee scientists from Nazi-controlled Europe to prove it.

Spencer Weart: The British were the first people to recognize an atomic bomb was feasible, and feasible in time to affect the war. They would take any help they could get. They set up Halban and Kowarski with their heavy water to start doing more of the same kind of research that they had been doing.

Narrator: Lew Kowarski describes the importance of his work, and the frequent German bombing raids that took their toll on his Cavendish laboratory and citizens of Cambridge.

Lew Kowarski: Not everybody could stage the necessary experiments, which would convince the governments that heavy water should be manufactured. Well, our experiment, we did, and with it convinced the British.

Cavendish—Cambridge was attacked as a retaliation for a British raid on Heidelberg. On that night, Cavendish received an incendiary bomb, which landed in a sink full of water. And yet in prior raids, earlier raids, before that big one, there was enough of them so that one physicist was killed at his home at night. But after that only raid, only I managed to get a bomb in the garden where I lived. 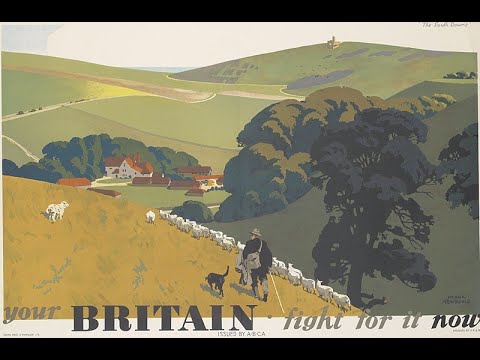 Phillippe Halban explains how his father travelled from London to Cambridge without a map.

Narrator: Lew Kowarski and Hans Halban both had foreign accents. For his father, says Phillippe Halban, this caused even the simplest exchanges to become cause for British suspicions.

Phillippe Halban: The hostility of the civil servants was actually totally misplaced, but it was so extreme. I remember my father telling this extraordinary story. He had to drive from London to Cambridge a few weeks after arriving in England to start his work there. He didn’t have a map of England, and no maps were available, or made available to him because he was suspect. I guess the civil servants thought he was going to send a cable to the Germans telling them how to get from London to Cambridge. I mean, it just seems totally, totally absurd.

Anyway, he had no map, and he was given to memorize a list of pubs. The way he was supposed to get from London to Cambridge was to go from village to village, asking for the name of the next pub, because it was supposed that the people living in these various villages would know the name of the pub in the neighboring village. You could hop from stone to stone, and from village to village, from pub to pub until you reach Cambridge. 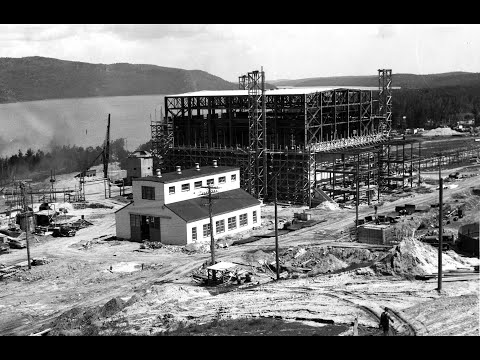 During World War II, several French scientists worked on the construction of a heavy water nuclear reactor, the zero energy experimental pile (ZEEP), in Canada. When the reactor achieved criticality on September 5, 1945, it became the first operating nuclear reactor outside of the United States.

Phillippe Halban: The objective was not to develop a weapon. The focus of the Anglo-French effort in Montreal was to continue the French work on the chain reaction and to use heavy water as the containment element for development of a nuclear reactor.

Narrator: Lew Kowarski remembers the secrecy of the Manhattan Project.

Lew Kowarski: There was, of course, an enormous amount of secrecy. On the other hand, we knew far, far more than the man on the street.

We knew, for instance, that Oppenheimer was at Los Alamos or was going to Los Alamos, that we knew. We knew that the isotope separation would be outside X.

Spencer Weart: Another person who had been in close contact with Joliot, Bertrand Goldschmidt, who also escaped from France and wound up in a Manhattan Project laboratory in Chicago, where they needed radiochemists—which was people expert in the chemistry of radioactive substances, which Goldschmidt was. He worked on the Manhattan Project.

These Frenchmen scattered about, not entirely trusted by the Americans because they were French, and they even knew communists or at least had friends who were communists. The British set them up in Canada as a way to maintain at least some independence from the Manhattan Project. 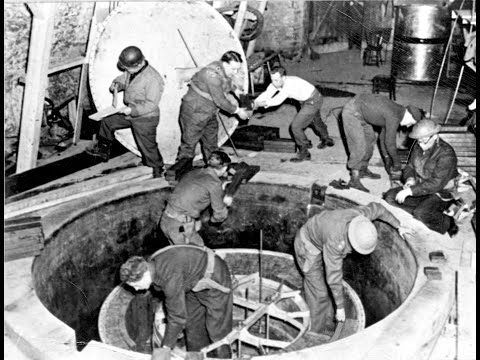 The Manhattan Project’s Alsos Mission was a series of intelligence-gathering operations that sought to determine how close Nazi Germany was to developing its own atomic weapon.

Narrator: In the last months of the war, the United States launched military and scientific efforts to discover how far the Germans’ atomic bomb project had progressed. Robert Furman was an assistant to General Leslie Groves and participated in the operation. Furman recalls the Alsos Mission.

Robert Furman: General Groves faced this problem with these scientists who had this tremendous fear of the Germans having a bomb well ahead of us, since most of his team of scientists had studied under the Germans and the Germans were still there. And we didn’t have any reports denying that they weren’t busy and active.

The Alsos Mission was another wing of Groves’ effort to obtain information. And as they moved forward he got reports back of interviews with the German scientists as the armies went through Eastern France and over into Germany. The scientists were picked up and talked to, and these reports went to Groves. And we got it out to all the scientists on the [Manhattan] Project, which gave the Project scientists some relief, to know that there probably wasn’t a [German] project going on.

Stan Norris: In June 1944, after the beginnings of the liberation of Europe and the occupation forces being removed, a team was sent to find out what was going on, a team known as the Alsos team, A-l-s-o-s. There was a military part of it and a scientific part of it.

One of the first places they went to was to Joliot-Curie’s, his places where he resided and where he had a lab in Paris, to find out exactly what the Germans knew and were up to. He couldn’t help them, because they hadn’t done anything in his laboratory to advance their program.

With the liberation of Europe, the French scientists – the ones that were in the United States and Canada – wanted to go home. People were suspicious that as soon as they got home they would spill the beans and tell everything they knew to Frédéric Joliot-Curie, who was a communist, and he would pass it on to Moscow. The French scientists were allowed to go back, much against General [Leslie] Groves’ wishes. These people did go back to France and to the laboratory and were a foundation stone of a French atomic program that happened after the war. 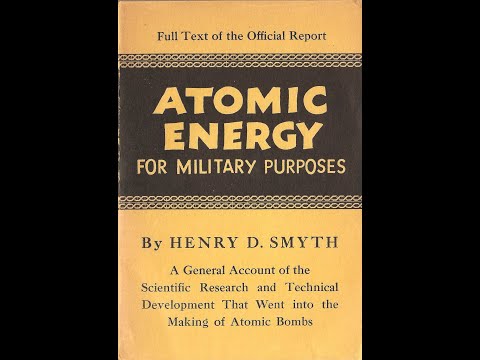 The official U.S. report on the Manhattan Project, the Smyth Report, made no mention of French nuclear research, and the U.S. refused to recognize French nuclear patents.

Narrator: On August 12, 1945, three days after the atomic bombing of Nagasaki, the United States released an official report on the Manhattan Project by physicist Henry DeWolf Smyth. It made no mention of France’s contributions to nuclear research. Hélène Langevin-Joliot remembers her father’s reaction.

Langevin-Joliot: He [Joliot-Curie] was not completely happy of the way the American government behaved for him. He was unable to go to the States, for example. And there was this official report, the Smyth Report, telling the story of the Manhattan Project, and summarizing the reason from fundamental research. And there was nothing about in the report about French research. So, the reaction of my father, “We must explain that we have done something.”

Narrator: In 1939, Joliot-Curie’s team received several patents based on their nuclear research. After the war, when French scientists’ work was not recognized internationally, Phillippe Halban’s father took up the fight.

Philippe Halban: The other political side to the whole story regards the patents that the French took out, which were never recognized by the United States. Throughout the 1950s, my father [Hans Halban] made every attempt through the U.S. courts and the U.S. Patent Office to get the French patents recognized, and they never were. The final decision was I think in 1958.

There was an appeal. The appeal was rejected. So there was never formal recognition of the patents, and, therefore, the French government never derived any financial interest from the discoveries that the French team had made, despite the fact that the discoveries were truly seminal, groundbreaking. That’s the way history goes. Governments have to defend their turf. 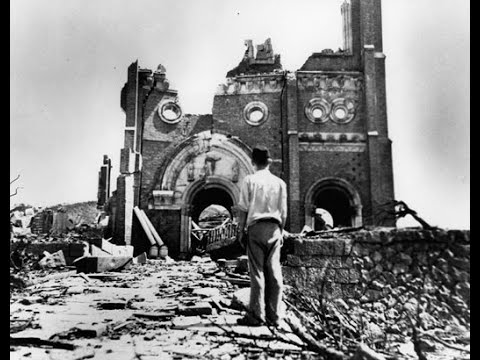 Narrator: The development and use of the bomb had a profound impact on scientists everywhere, including in France. Hélène Langevin-Joliot recalls the reaction of her father, Frédéric Joliot-Curie, to the news that the United States had dropped atomic bombs on Hiroshima and Nagasaki, Japan in August 1945.

Langevin-Joliot: The turning point for physicists was Hiroshima and Nagasaki. When you look at what happens immediately after – when it was announced, nobody knew exactly what happened. They knew that the two towns had been destroyed by one bomb. He [Frédéric Joliot-Curie] was not surprised. His comment about, the same day, hearing about that: “Atomic energy will have a useful application and not only the bomb.” And also to tell to French people that, yes, this is a very important result obtained in the States. But the starting point of the Manhattan Project is not only an American work. You have also the French work.

Narrator: Phillippe Halban reflects on his father’s distant association to the atomic bomb.

Phillippe Halban: His [Hans Halban’s] relationship to the bomb is actually quite far removed, especially given the fact that he wasn’t allowed to work on the bomb whatsoever during the war based in Montreal. That, in fact, was in retrospect probably a relief for him. It was never, from my conversations with him, of any direct interest to him in his theoretical work. Morally and emotionally, I think he took a fairly firm position in regarding the atom bomb and the H-bomb as a dangerous and politically highly charged development.

Joliot-Curie, who was an admitted communist during the war and joined the party, was always very, very vocally against development of an atomic weapon. Those were two reasons for his being completely removed from the French atomic effort, as from 1950 or ’51. There was a lot of political motivation and mischief going on throughout this period, which made the science actually very difficult.