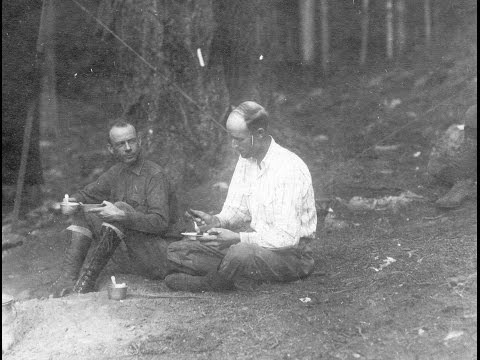 Narrator: A. J. Connell, the director of the Los Alamos Ranch School, was the first person to live in Master Cottage Number One after it was built in 1931.

Heather McClenahan: This is Master Cottage Number One, also known as the Hans Bethe House. It was originally built for the Ranch School. In fact, this is the second building that was on this site. A. J. Connell lived here when he was Director of the School early on. Then when Fuller Lodge was built, he moved to a set of rooms on the third floor.

A couple of young masters were living here. The building caught on fire. When A. J. rebuilt the building, he did have it built out of stone, and it was just a little stone rectangle.

Narrator: Stirling Colgate was a student at the Los Alamos Ranch School before the arrival of the Manhattan Project.

Stirling Colgate: The boss man, A. J. Connell, extraordinarily able man at running the school. He had been a forest ranger or something like that, and rose to the top of that, and then managed the boys’ school.

He was just an extraordinarily able man with boys and students and so on. He just made us all feel that everything we did was our own responsibility—learning, as well as all our relationships and everything else. 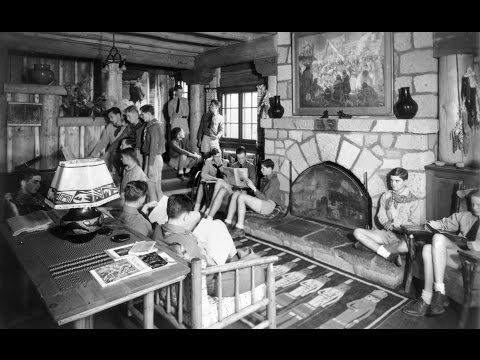 Heather McClenahan: The Edward P. Fuller Lodge was built in 1928, as the dining hall for the Los Alamos Ranch School. It was built on that idea of building strong men, taking weak boys from the Eastern cities and bringing them out West and having them grow strong, just like the big trees that it is built out of.

It was designed by John Gaw Meem, one of the most famous architects of the Southwest. He is known as the father of Santa Fe style, and this building is obviously very different than that. In fact, John Gaw Meem was two years into his career as an architect when he built this building.

He went with A.J. Connell, the director of the school and a Forest Service Ranger, and they handpicked the 771 trees that are in the building. It is an unusual architectural style, based on northern New Mexico jacal, which is upright logs. It was very innovative for its time. What John Gaw Meem did was hollow out logs for an electrical conduit. It was fully plumbed and fully electrified in the 1920s. They brought a saw mill on site, and they cut the logs here. It was, as I say, quite innovative and obviously a stunning, stunning building. 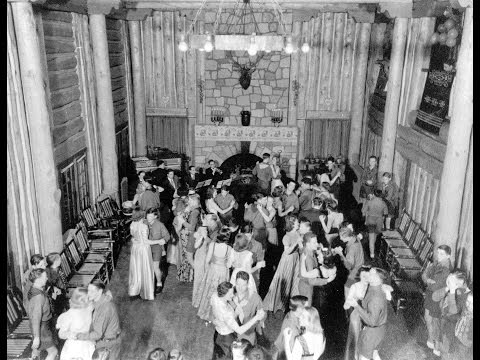 Narrator: Fuller Lodge was the center of the Los Alamos social scene even during the Los Alamos Ranch School days. Heather McClenahan describes some pretty fancy dances that went on there.

Heather McClenahan: There was a girls’ school down in Santa Fe. Every other year, the Ranch School would switch off with Brownmore, the girls’ school in Santa Fe. They would have beautiful, wonderful formal dances in here. The girls would come in their gowns.

Well, the Los Alamos Ranch School boys were all Boy Scouts. They were required to wear their uniforms at all times, and those uniforms were shorts. We have these wonderful pictures of the girls in their long, formal gowns and the boys wearing their shorts, dancing in this room.