Narrator: In June of 1944, Manhattan Project scientists were still struggling to produce enriched uranium pure enough to be used in an atomic bomb. At the Philadelphia Navy Yard, physicist Phillip Abelson invented a new way to separate isotopes. The process, known as liquid thermal diffusion, was deceptively simple.

Phillip Abelson: All it consisted of was three concentric pipes. This is all you had to put together and put heat in the middle and cool on the outside and uranium isotopes separate in between. The light goes to the hot and climbs, and the heavy goes down, so that all one has to do is to fill this thing and put steam in and cooling water and go away for three days and one has separation. It worked! 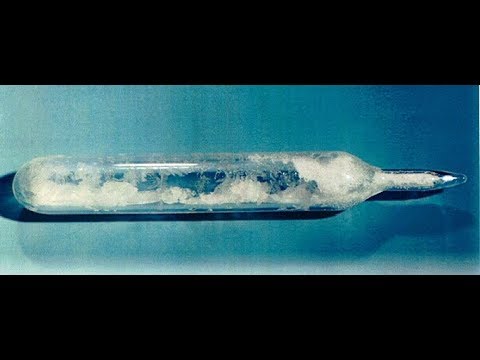 Physicist Philip Abelson first worked on the liquid thermal diffusion process for the Navy at the Philadelphia Naval Yard. The Navy was interested in nuclear energy to power its submarines.

Narrator: Philip Abelson recalls how he first developed the liquid thermal diffusion process for the Navy’s Ross Gunn, who foresaw the use of nuclear energy to power submarines.

Philip Abelson: I decided that I’d better start looking into the matter of isotope separation.

I was working during the day on ordering parts for the cyclotron, but in the evening and on Saturdays and Sundays, I was looking into the matter of isotope separation. I would go to the Library of Congress and read their materials. I found that some Germans had done a liquid thermal diffusion separation.

Well, I tried a uranium soluble salt and that just made a dirty mess. So I knew I had to get a compound of uranium that was not going to react with water or anything else. I looked in the various books and I found UF6, uranium hexaflouride. Pretty soon, I began to assemble some columns with a hot wall of nickel and a cooler wall of copper.

Ross Gunn had decided that the future of submarines lay in getting nuclear propulsion. When he heard that I had had a small separation, he was for having me go to the Naval Research Laboratory where he had better, bigger steam facilities. That ultimately led to a decision by the Bureau of Ships to build a 300-column plant at the Philadelphia Navy Yard.

Narrator: In 1944, Abelson informed J. Robert Oppenheimer, the director of the Los Alamos laboratory, of the progress he had made developing liquid thermal diffusion. Abelson recalls what happened next.

Philip Abelson: I got word one day that I was to go to the Warner Theatre that evening, and at eight o’clock I was to go to the balcony. At eight o’clock I would be approached by a man who would identify himself. I was to have a summary of the status of the liquid thermal diffusion project and what it was doing. It was [William] “Deak” Parsons that I met. Deak Parsons went out to Los Alamos and very shortly thereafter, General Groves and some advisors appeared at the Naval Research Laboratory.

That, in turn, ultimately led to the building of a 2,100-column plant at Oak Ridge, so-called S-50 Plant. 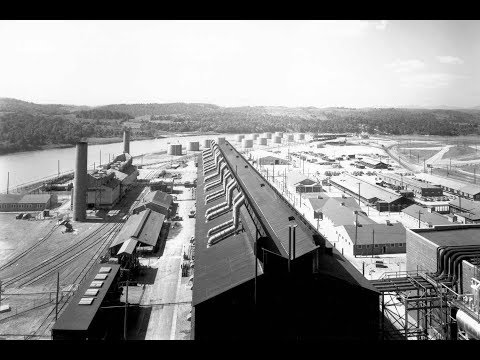 With a great sense of urgency, General Leslie Groves ordered that the S-50 Plant be built in less than three months, a seemingly impossible deadline. Only one contractor bid on the proposal.

Ray Smith: Groves went to the contractor, M.H. Ferguson at the time, and said, “I need a thermal diffusion plant built. I need it built by this steam plant. I need it in 90 days.”

The contractor said, “It cannot be done.”

Groves looked him in the eye and said, “You have 80 days.”

Narrator: As Philip Abelson recalls, the S-50 plant made a difference. Using the plants serially proved to be the key. After being slightly enriched by the S-50 plant, the product was fed into the K-25 plant, and then finally into the Y-12 plant. This achieved the desired level of enrichment which each plant operating alone failed to do.

Philip Abelson: In a remarkably fast time, the so-called S-50 Plant was put in operation. It did make something of a difference. I think congressional testimony ultimately said that it shortened the war by seven days.

It was at a cost of twenty-five million dollars. The cost per day of the war was something like a billion dollars, plus the number of lives lost and so on. It made a difference.

Narrator: S-50 required an enormous amount of energy for only slightly improved enrichment. It was shut down after the war and later demolished.

Read Transcript
Quick Fact:
The S-50 Plant used the liquid thermal diffusion method developed by Philip Abelson to enrich uranium. The theory behind investing in S-50 was that the enrichment process might work best if the three plants were used in a series. In practice, this proved to be correct. The uranium product was slightly enriched at S-50 (one to two percent U-235) and this was fed into the K-25 plant. The gaseous diffusion process raised the enrichment to about 20 percent. This was fed into the Y-12 plant for the final enrichment cycle. Through this serial approach, the first atomic bomb received its enriched uranium.