The Search for New Elements
The Spallation Neutron Source 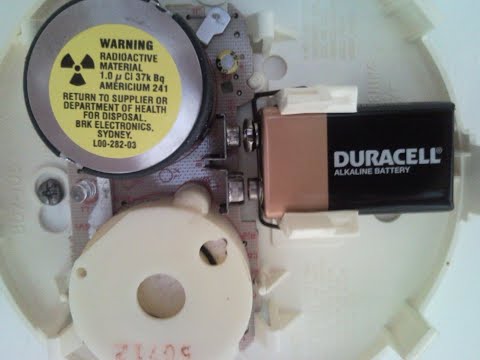 Narrator: A newly discovered element may have no immediate use, but that can change over time. Americium, for example, was discovered during the Manhattan Project years. Useless then, according to nuclear engineer Julie Ezold, it later found its way into millions of homes.

Julie Ezold: The thing to remember was back in the late 1940s, early 1950s, when Glenn Seaborg was discovering new elements, they discovered americium. And the first isotopes of americium were very short-lived, and they didn’t know what to do with them. 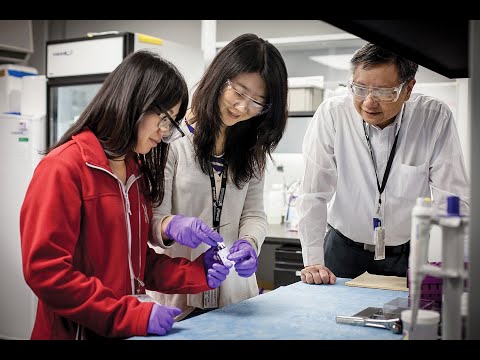 ​​Neutron scattering is a process that allows scientists to learn about the structure, behavior, magnetism and other aspects of elements and compounds. Thom Mason explains why Oak Ridge’s Spallation Neutron Source is important for this research.

Thom Mason: The Spallation Neutron Source is an accelerator-based source of neutrons. [James] Chadwick discovered the neutron in 1932. So, people were able to kind of study neutrons a little bit in the ‘30s with natural radioactive sources, but you can’t get enough neutrons to really do anything useful from a natural source. You need to produce the neutrons somehow. And it became possible to produce neutrons in large quantities for the first time as a consequence of the Manhattan Project and the graphite reactor at Oak Ridge or the X-10 Pile or the Clinton Pile—it got various names that it’s been called over the years. That was really the first example of a dedicated purpose-built neutron source.

So, for example, if you’re trying develop new drugs to treat disease and you want to understand how they work, often it’s important to understand the proteins that those drugs may be interacting with. And those proteins, typically, have a kind of backbone that’s made up of heavier elements: carbon, nitrogen, oxygen. But they also have a lot of hydrogen, and sometimes that hydrogen is really important for how those proteins work. And so, you may use x-rays to figure out the backbone structure of a protein, and then you want to really understand: How does it really work in the body and how is it that this potential drug might bolt onto it? And you can use neutrons to determine that. Find out where those hydrogen atoms are that might be important for the functioning of that protein.

I think one of the really interesting things about a facility like SNS [Spallation Neutron Source] or the sister facilities around the world is it’s got a very diverse user community. You have people from my background–condensed matter physics kind of invented the technique, if you will–but now it’s used by chemists and biologists and materials scientists and engineers.

There are also users from other national labs—users from Oak Ridge, obviously, in the case of SNS—but actually all the DOE labs are trying to study materials for various purposes. At the moment, there’s not a lot of classified research that goes on at the facilities because, as I said, it is more fundamental research. It’s an interesting mix, because you have all these different disciplines. People from all different sorts of institutions, often working together on the same projects. And because it’s available internationally, you know, you have people coming from other countries, because the facilities are really quite unique. So, there are a lot of experiments that can really only be done at SNS, so it attracts people from all over the world. It’s about three quarters academic, and the other 25 percent is industry and national lab.