Leap of Faith
Secrecy and Stress 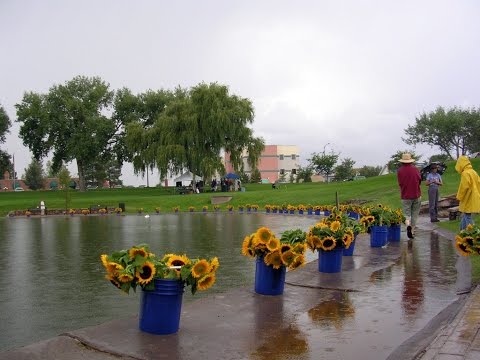 Chemist Richard Baker explains how he was recruited work on a top-secret war project in a secret location – the Manhattan Project at Los Alamos.

Narrator: Richard Baker graduated from Ames College, worked at Ames Laboratory, and then for a company in Chicago as a physical chemist. At age twenty-five, he was recruited to work on the Manhattan Project, but he was not told what he would be doing or where he would be doing it. He remembers J. Robert Oppenheimer showing him a postcard of Ashley Pond with mountains in the distance.

Richard Baker: They couldn’t tell me a great a deal. They just told me that it was a very vital defense project. They told me that it was, from a technical point of view, very challenging, and that they would have no trouble putting me on leave of absence with the company. Pretty much, I joined the project on just what they told me: that it was very important, and would be challenging.

What you did when you started out here like that was, you just put your faith in the people that had talked to you, because you really didn’t know what you were doing or where you were going.

I had never been in New Mexico. The only thing that I recall about that was, Oppenheimer had a picture with him that was taken during the Ranch School days here that showed Ashley Pond over here. It had two swans floating around on it and a canoe. This was taken when the boys were here. Well, it looked pretty good. You could tell by the picture that it was in the mountains, you see.

By the time I arrived here, Ashley Pond—due to construction—had been reduced to just one great big mud hole. No swans. There were no canoes. They were drawing water out of that for construction purposes, you see.

The interesting part of it was, that coming out here through dry New Mexico, I was wondering where all this water of this pond and the swans was! 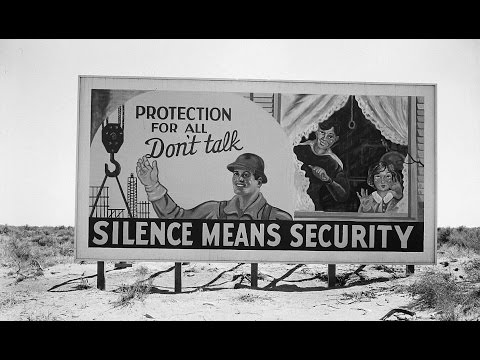 Elsie McMillan, wife of physicist Edwin McMillan, recalls the intense pressure the scientists at Los Alamos were under.

Narrator: Scientists were forbidden to tell anyone about the project. Elsie McMillan remembers that it was very stressful when her husband was so secretive about the work that so consumed him and his colleagues.

Elsie McMillan: One night I said to my husband, “Why didn’t you tell me you’re making an atomic bomb?”

But I am very grateful that I knew it was an atomic bomb, because I could better understand when my husband left me, place unknown. When my husband worked all hours of the day and night, when my husband and other husbands looked so drawn, so tired, so worried, I would partially sleep and get up and cook another meal at 3:00 in the morning.

Narrator: Elsie McMillan recalls the tremendous sense of urgency that loomed over the scientists as they worked tirelessly to produce the weapon that might end the war.