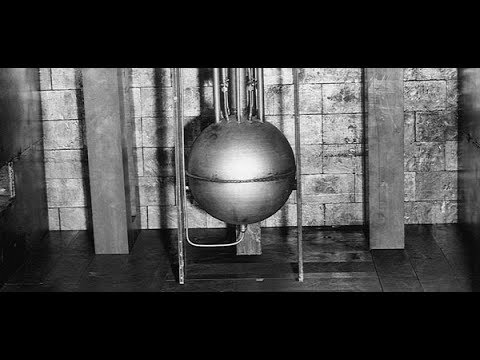 Narrator: Chemist Gerhart Friedlander recalls his work on an alternative reactor at Los Alamos, located in a canyon below the laboratory. This was the first water boiler or homogeneous reactor that used liquid fuel dissolved in a solution, rather than solid fuel embedded in graphite blocks. The alternative approach was important to learn more about how an atomic bomb works.

Gerhart Friedlander: My first major assignment was in connection with the first homogeneous nuclear reactor. There already had been nuclear reactors: the first one at the University of Chicago, which Enrico Fermi built, and then the prototype production reactor had been built at Oak Ridge.

The first two reactors were so-called “heterogeneous reactors,” in which uranium rods were embedded in a graphite lattice. The later plutonium production reactors at Hanford were all of that type.

The way this was done was to use enriched uranium, enriched in U-235, in an aqueous solution.  As a chemist, I and my colleagues had the task of producing this solution, purifying it, analyzing it.

Indeed, we were very careful. We didn’t lose any. But it didn’t exactly make us feel very calm and comfortable, sort of made of us nervous. But we did it. We purified the stuff. 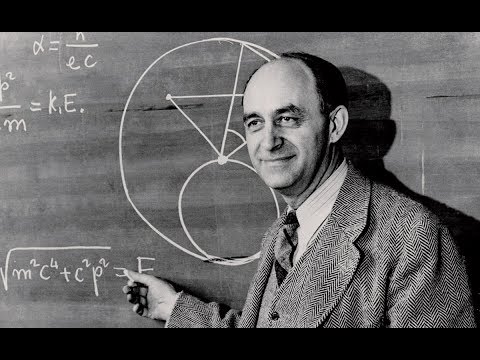 Manhattan Project chemist Gerhart Friedlander remembers one of his proudest moments: winning a bet against Nobel Prize-winning physicist Enrico Fermi over what kind of soluble nuclear salt should be used in the water boiler reactor.

Gerhart Friedlander: There was some discussion about what uranium salt should in fact be used. We had a meeting, and Enrico Fermi, who was really very respected for knowing everything about almost anything, said, “Well, of course, uranyl nitrate. Everybody knows that’s the most soluble with uranium salt.”

And I said, “Excuse me, Enrico, but we’ve already done some experiments, and uranium sulfate is really more soluble than uranyl nitrate.”

So I won a 25-cent bet from Enrico Fermi, which is one of my proudest achievements, because it was not easy to prove him wrong. But he was not a chemist, so I had the advantage over him.

Uranyl sulfate indeed was used in the device, which was called a water boiler because it was a water solution, and while it didn’t exactly boil, it heated up from the nuclear reaction. 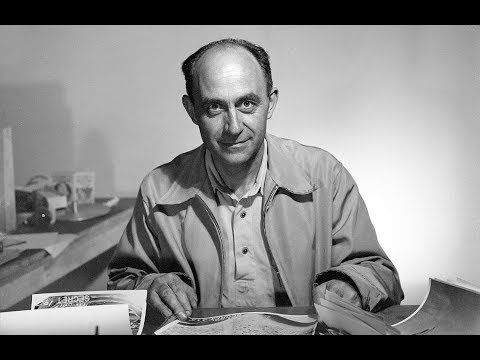 Raemer Schreiber: [Enrico] Fermi was at the controls in this particular occasion, as he had been on all of—I guess this was perhaps the third reactor to become critical.

He was actually here during the last crucial week, when we had enough material that we predicted that it would indeed go critical and become a self-sustaining reaction.

We coached him a little bit at our very primitive console. He took charge at the time when he thought it was ready to go. Indeed, it did come up and you could take away the neutron source and the reaction continued and leveled off. Everybody felt very gratified, because we had heard vaguely of the chain reaction. But you hadn’t experienced it, to see a thing really sitting there building under its own power.

[J. Robert] Oppenheimer was there, and [Robert] Bacher, and two or three other dignitaries. Fermi was quite confident. Those of us who had been watching this thing for weeks, living with it, drew a sigh of relief when the pen rose and then leveled off.

Narrator: Schreiber recalled that everyone was jubilant after the reactor successfully achieved a self-sustaining reaction. 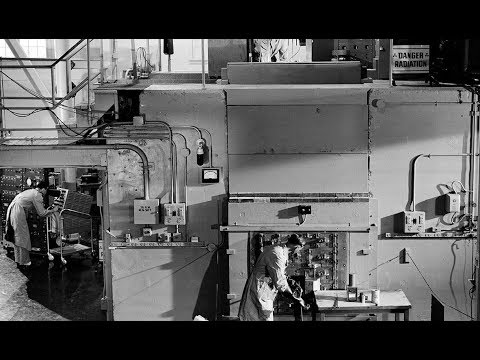 Manhattan Project physicist Raemer Schreiber describes the experiments he and his colleagues conducted with the water boiler reactor.

Narrator: Manhattan Project physicist Raemer Schreiber explains how the water boiler reactor was expanded to produce more power and conduct experiments. By counting neutrons produced under different circumstances, scientists could predict how the bomb might work.

Raemer Schreiber: The water boiler then went on to a more elaborate device. This could only run at a very few watts of power, because we had no shielding. We did stand behind a five foot concrete wall when we were running it, but that was about the extent of it.

Then we later took the same basic idea and put it in a great big cube of concrete so that we could run it up to powers of a number of kilowatts of energy, which doesn’t sound like very much in terms of energy, but it is an enormous amount of radiation. So one had to have three and four feet of concrete around it.

Then we used it really as we now really use research reactors. We got the neutrons from this, and then one could do more realistic experiments. By that time, one actually had little sections of metallic U-235 in the form of foils or plates, and you could expose these to the neutron beam and count the secondary neutrons which came off.

In fact, later on, we did a multiplication measurement with metallic spheres, which then began to approximate more closely the behavior of the bomb itself. One could get so-called multiplication measurements, how many neutrons appeared as a result of the collisions and the fissions inside the core for each neutron which impinged from the water boiler. Quite a number of experiments of that sort were done.