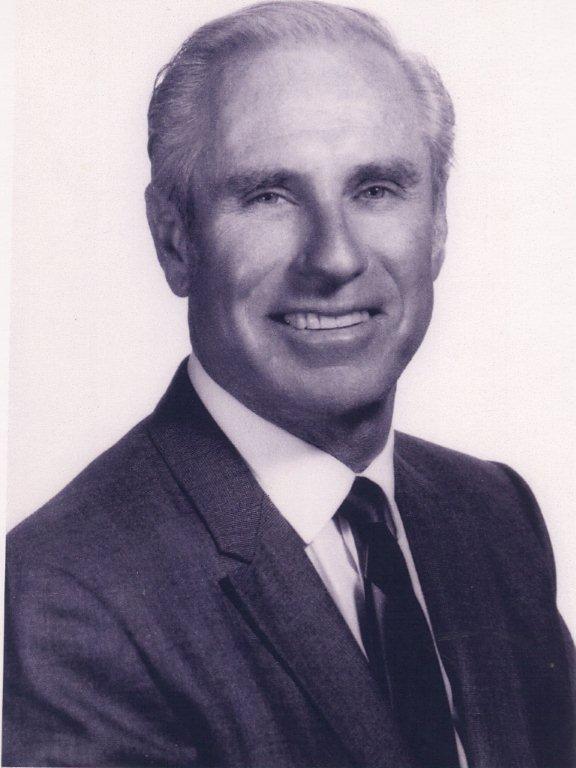 Listen to Gordon N. Steele's Oral History on Voices of the Manhattan Project

In 1942 Gordon joined the Radiation Laboratory at the Berkeley campus. He worked at the Davis campus as well. Gordon was one of the first research scientists selected to go to Oak Ridge, Tennessee on the Manhattan Project. He was granted permission to drive his car in lieu of taking the train if he took John Morfitt, a liaison chemical engineer with him. Gordon and John arrived at Oak Ridge in April, 1943 and their badges reflect that early arrival. Gordon’s badge number was 129, and John’s was 122.

On the Manhattan Project Gordon’s work embraced all phases of the pilot stage of mass separation of the isotope U-235 but was primarily directed toward high vacuum sublimation-purification of source materials used in the ion beams of the converted 200 inch cyclotron. Gordon contributed to the chemistry and analysis of new uranium compounds and served in production-recovery problems. He designed production high vacuum systems for the purification of enriched materials, and was successful in ridding rare earths and nitrogen from the uranium product being sent to Los Alamos. His work on the nitrogen analysis was with a batch of actual uranium product being sent to Los Alamos, and was conducted in his laboratory with an armed guard at his door for the entire duration of the analysis. It was successful. Later he devised a successful method to remove carbon from the uranium being used for the Hanford Project at Oak Ridge.

Gordon remained at Oak Ridge until 1947 where he was engaged in research in time-of-flight and trochoidal mass spectrometers for analytical work. He co-authored unclassified publications relating to these developments.

Gordon Nevins Steele was born May 1, 1919 in Santa Monica, California. He was the youngest to two sons born to William Nevins Steele and Ethel Bernice Kenner Steele. His older brother was Lowell Keith Steele (deceased). He graduated from Santa Monica Community College in 1940 and University of California, Berkeley with a degree in Chemistry in 1942.

After World War II Gordon returned to California to join a North American Aviation group which became Atomics International, Inc. While there he developed and patented a process for preparation of a moderator-fuel material for homogeneous reactors, co-authored classified papers on the effect of fission fragment damage on the thermal conductivity of graphite and neutron induced out gassing of graphite. He participated in the loading and criticality experiments of a heavy water nuclear reactor. In the course of this work Gordon designed, planned and participated in in-pile experiments performed in the Hanford, Washington nuclear reactors.

Gordon left North American Aviation and organized a company, Silver Plastics, to perform consulting and research in the use of high vacuum for electronic, optical and decorative applications. This work included transparent electrically conductive coatings, barrier layers for selenium rectifiers, photoconductor films for iconoscope tubes, deposition of optical films on plastic, design-construction of custom vacuum equipment, metalizing of plastics, the development of electrically conductive and dielectric films and the protection of precision metal parts with thin films.

This company was bought out by Servomechanisms, Inc. and Gordon was retained as a senior scientist. He explored the techniques of thin films and expanded his materials capability and understanding of the kinetics of the deposition process. During this period work was undertaken involving ferroelectrics, semiconductors and thin film micro circuitry as well as the construction of many new vacuum devices. He was one of the first to employ el vacuum for welding of refractory metals. His work in materials led to the development of new thermoelectric materials for power generation. He published two technical papers in this field.

1963 Gordon Steele co-founded Sigmatron, Inc. a thin-film research laboratory primarily engaged in the development of electroluminescent devices and techniques. Other fields of development include cathodoluminescent phosphors, electron transport properties of thin organic film, strain gauge films, plasma polymerized dielectric films. Electroluminescent lamps made under his direction were aboard the LEM vehicle which landed on the moon and his first XUV filters were flown on Skylab.

In 1973 he founded Luxel Corporation, a thin-film laboratory dedicated to the use of vacuum techniques to develop and fabricate soft x-ray, XUV and VUV filters primarily for satellite and space probe instruments. Credits include OSO satellite, Pioneer, Voyager space probe, Lunar Orbiter satellite, Apollo-Soyuz, Space Lab II and others.

Gordon retired in 1987 and sold Luxel. The company continues to be the preeminent supplier of ultrathin foil filters and thermal evaporation equipment and remains headquartered in Friday Harbor, Washington.

Gordon lives in Friday Harbor among many friends. He is honored to have participated in many historic scientific events.

Gordon presenting a budding engineer a copy of poster given to him by the team after the successful mission.

One of Gordon's press releases on a thin film project which led to the photograph in Science magazine.

The business Sigmatron founded by Gordon and two others.

The history of Gordon's prior experience and reason for starting Sigmatron, which he named.

The Steele short bio written in 1963.

An updated resume from 1984, which includes Luxel accomplishments prior to the solor corona project.

An updated resume from 1984, which includes Luxel accomplishments prior to the solor corona project.

Gordon in a reflective moment

Gordon at age 95 (2014) racing down the frozen food aisle in our local Market Place. Photo by John Stimpson.

Mary M. Dailey was a research assistant at the University of Chicago’s Metallurgical Laboratory (“Met Lab”) during the Manhattan Project.