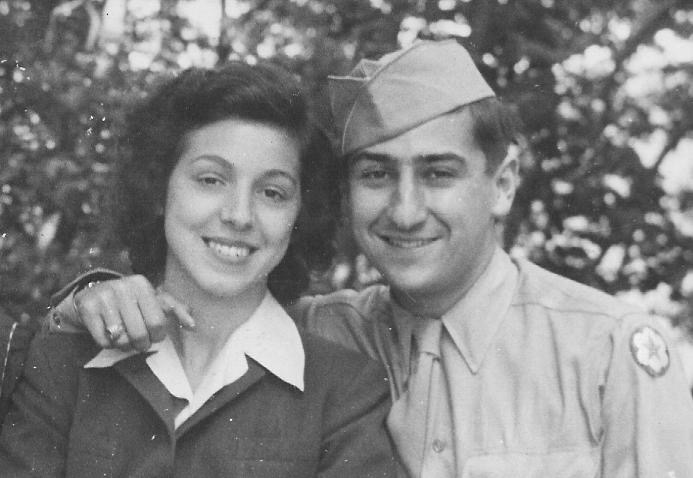 After receiving his bachelor’s degree in Aeronautical Engineering from New York University, Hal Behl registered with the National Roster of Scientific and Specialized Personnel and was drafted into the Army. Although he was first placed in an infantry training unit, he was ultimately assigned to the Army Special Engineer Detachment (SED) and stationed at Oak Ridge.

He served as the Assistant Supervisor of the Engineering Department at the K-25 Laboratory. They focused mainly on designing and building laboratory, process, health physics, and quality assurance equipment such as an adjustable mass Spectrometry tube and a high vacuum selector valve. While at Oak Ridge, he enjoyed exploring rural life while living in many rented rooms on base with his art teacher wife, Reggie Behl. The couple went on to have three sons together.

At the conclusion of the war, the SED received two noncombat unit citations from the Army for their work. Behl was given the opportunity to go to Bikini Atoll for nuclear testing, but opted for discharge from the military, going to work at Boeing on jet propulsion research. He worked for several major companies and as an independent consultant, specializing in aerospace and weapon technology activities for over forty years.

Today, Behl is retired. He continues to serve as a Trustee Emeritus of the National Museum of Nuclear Science and History, the Chaiman of the Board of the Albuquerque Museum of Art and History, and as a Board Member of the New Mexico Academy of Science.

Hal Behl (left) and other SED members outside their barracks. Photograph courtesy of Hal Behl.

Fay Cunningham joined the Manhattan Project in 1944 as a metallurgical engineer at the Massachusetts Institute of Technology, as part of the Special Engineer Detachment.