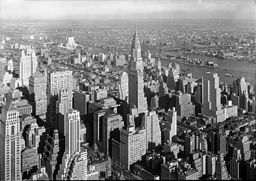 Jacob Golos (1890-1943) was an Ukranian-born, CPUSA leader, who was the head of the CPUSA’s liaison with Soviet intelligence. He was responsible for a number of valuable Soviet intelligence sources and helped bring the KGB into their “golden years” from 1942-1945.

First recruited in 1930, Golos used a connection in the Brooklyn passport office to provide the KGB with authentic American passports. To get the passports, Golos used CPUSA provided birth certificates of people who had died young or naturalization papers provided by cooperating party members. The KGB attempted to work directly with the clerk from the Brooklyn office, but he refused and only agreed to work through Golos.

Along with his resources from being on the Central Commission and his friendship with Earl Browder, the founder of CPUSA, Golos was seen as useful and trustworthy to the KGB because of his Russian and old Bolshevik background.

Besides helping with passport work, Golos helped KGB officers like Grigory Rabinovich with the recruitment of people for intelligence work, the establishment of covers, settlement of problems with CPUSA leaders and various other assignments.

In 1932, Golos became the president of World Tourists, a CPUSA-financed travel and shipping agency. While working at World Tourists, he trafficked false passports and facilitated clandestine activities for the CPUSA and Comintern activists.

The KGB’s Moscow Center first took notice of Golos in 1937. In November 1937, Golos and Peter Gutzeit, a KGB officer who helped set up the New York KGB station in 1933, traveled to Moscow to meet with Abram Slutsky, the chief of KGB foreign intelligence. The three men discussed the needs of the KGB, particularly the need to obtain American passports and travel documents.

With Stalin’s purges and the KGB’s paranoia reaching a high in the late 1930s, Golos was under increased suspicion. If not for the FBI investigation of his World Tourists business in October 1939, he probably would have been brought back to the Soviet Union and possibly face death for being a “traitor.” FBI charged World Tourists with failing to register with the Justice Department as an agent of the Soviet Union.

This change in domestic policy toward Soviet actions on Ameican soil was partially due to the newly signed Nazi-Soviet Pact in August of 1939. After pleading guilty, Golos received a fine and two-year suspended sentence. The FBI’s investigation helped quell the KGB’s paranoia about Golos being a traitor.

The Golden Years of the KGB

From 1941-1945, Golos and the CPUSA provided the KGB with a number of extremely valuable political, diplomatic, military, and technical intelligence sources. Although the KGB initially resisted using party-affiliated sources out of fear of discovery, this risk paid off and it led to the KGB’s golden ages in the United Staes from 1942 to 1945. The KGB greatly relied on Golos and his CPUSA sources during these years.

In late April of 1941, the KGB New York station requested Golos to provide a way to send ethnic European-Americans into Germany disguised as journalists and relief workers. They also wanted him to keep tabs on the U.S. government’s current events and activities.

While Golos preferred to keep his sources shielded directly from the KGB and have everything go through him, he eventually gave into KGB pressure to hand over some of his sources.

The first group he provided was the network of engineers organized by Julius Rosenberg, which included the likes of David Greenglass and Russell McNutt. Next, Golos provided two journalists Sergey Kurnakov and Michael Tkach, who the KGB wanted to serve as couriers and talent-spotters. Finally, after much protest and arguing, Golos handed over the network run by Nathan Gregory Silvermaster, another Soviet spy, and access to his Washington sources.

Jacob Golos was born Yakov Naumovich Tasin in 1890 in Ekaterinoslav, Ukraine. After being arrested for running an illegal Bolshevik printing press in 1907, he was sent to Siberia. He was able to escape, however, and he fled to the United States through Japan and China.

At the CPUSA in the ’20s, Golos held various mid-level positions, such as party organizer in Detroit, head of the Society for Technical Aid to Soviet Russia, and biz manager of Novy Mir, party-aligned Russian-language newspaper. Golos briefly returned to the Soviet Union in the mid-1920s to work at the CPUSA-backed American industrial colony in the Kuzbas region of Siberia. In 1929, though, he returned to the CPUSA.

In the mid-1930s, he sent his wife and son to live permanently in the Soviet Union.

As his health faded, he had his assistant and lover Elizabeth Bentley took over more responsibility in managing his CPUSA spy networks. Historian John Earl Haynes said in an interview on the Atomic Heritage Foundation’s Voices of the Manhattan Project website that the KGB appreciated the work of Golos and Bentley. This appreciation did not mean the KGB wanted Bentley, a non-Rusian, young communist, to have a major role in future KGB activities. Haynes also noted that the KGB’s desire to “professionalize things and eliminate amateurs like Elizabeth Bentley” caused them to force Bentley out.

Golos continued to serve as the president of World Tourists and work with the KGB until his death. He died of a heart attack on November 26, 1943.

For more information about Jacob Golos, see the following reference:

Jacob Golos's Timeline
1890 Born Yakov Naumovich Tasin in Ekaterinoslav, Ukraine.
1907 Arrested for running an illegal Bolshevik printing press and sent to Siberia. Though, he escaped and fled to the U.S.
1919 Became a charter member of the American Communist Party and adopted "Jacob Golos" as his public/party name.
1923 After working in the Soviet Union, he returned to the U.S. at the request of American Party leader Jay Lovestone.
1929 After a brief return to the Soviet Union in the mid-1920s to work at a CPUSA-backed American industrial in the Kuzbas region of Siberia, he came back to the U.S.
1930 KGB recruits Golos for passport work.
19321943 Became the president of World Tourists.
1937 Nov Golos and Gutzeit travel to Moscow to meet with Abram Slutsky, chief of KGB foreign intelligence.
1939 Oct The FBI investigates Golos and World Tourists.
19411945 Golos and CPUSA give KGB valuable intelligence sources.
1941 Apr Aleksey Prokhorov, a junior KGB officer, takes over Ovakimyan's duty of managing Golos.
1941 Apr KGB New York station has Golos send ethnic European-Americans into Germany disguised as journalists and relief workers.
1943 Nov 26th Dies from a heart attack at the age of fifty-three.

Ethel Rosenberg (1915-1953), along with her husband, Julius Rosenberg, was tried and convicted of espionage for providing the Soviet Union classified information on the Manhattan Project.

Nathalie Goldowski was a metallurgist at the University of Chicago’s Metallurgical Laboratory (“Met Lab”).