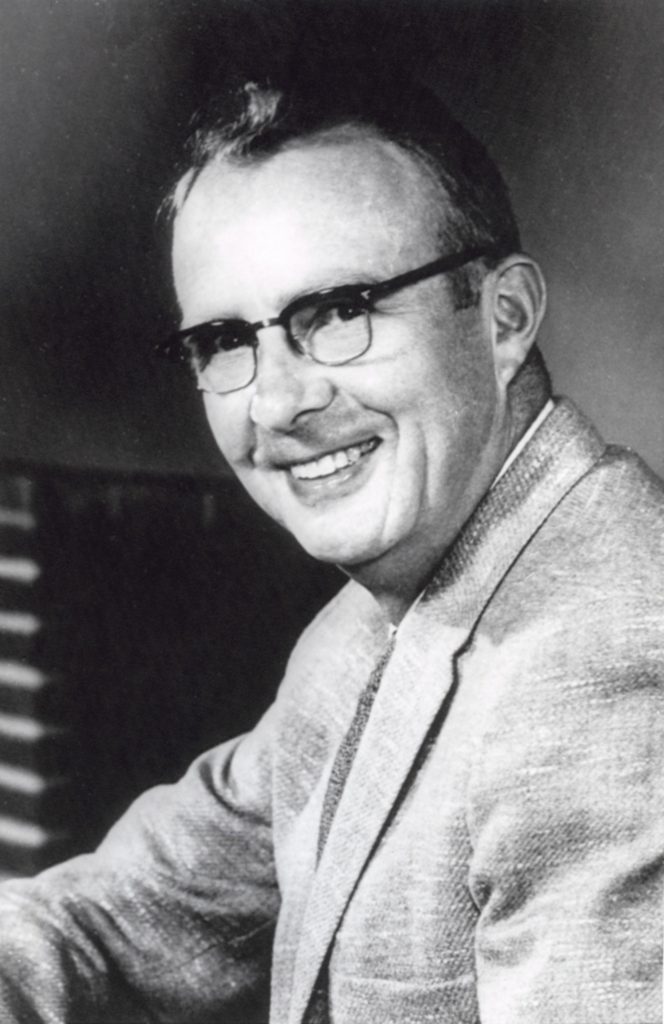 Luis Alvarez (1911-1988) was an American experimental physicist and winner of the 1968 Nobel Prize in Physics.

In 1940, he went on leave from the University of California at Berkeley to join the Radiation Laboratory of the Massachusetts Institute of Technology, where he worked on radar systems. He joined the Manhattan Project at the Metallurgical Laboratory of the University of Chicago in 1943. Alvarez helped operate Chicago Pile-2 and also designed instruments that could be flown over Germany to detect if the Germans had constructed nuclear reactors for their atomic bomb program.

Alvarez moved to Los Alamos in 1944, where he was responsible for conducting implosion tests at Bayo Canyon. He was a member of Project Alberta, and observed the Trinity Test from a B-29. He flew on The Great Artiste as a scientific observer to the Hiroshima bombing.

Alvarez was awarded the Nobel Prize in Physics in 1968 “for his decisive contributions to elementary particle physics, in particular the discovery of a large number of resonance states, made possible through his development of the technique of using hydrogen bubble chamber and data analysis”. He is also known for his 1980 hypothesis, developed with his geologist son Walter, that an asteroid strike was responsible for the extinction of the dinosaurs 65 million years ago.

Luis Alvarez with the plutonium core of the Fat Man bomb

Arthur Garry worked for the Midwest Piping and Supply Company.

Curtis worked at the 300 Area at Hanford during the Manhattan Project.