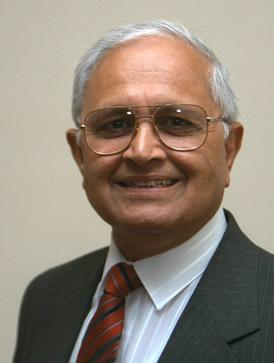 Khan was born on May 20, 1926 in Islamabad, then a part of British India. In his early years, Khan studied at Government College in Lahore.

In 1951, Khan was awarded a U.S. government Fulbright Scholarship to study electrical engineering at North Carolina State University. He pursued further studies at the Illinois Institute of Technology, where he earned a master’s degree in nuclear engineering. During this time, Khan also trained as a reactor engineer at the Argonne National Laboratory. In 1958, Khan began a career at the International Atomic Energy Agency (IAEA) in Vienna, Austria.

In 1972, Pakistani Prime Minister Zulfikar Ali Bhutto recruited Khan to work on the Pakistani nuclear program as the head of the Pakistan Atomic Energy Commission (PAEC). During the next few years, Khan led a plutonium production program and secured international support from France, Belgium, Canada, and West Germany. Although Pakistan’s nuclear program was initially under IAEA safeguards, international support for the program dried up after India’s first nuclear test in 1974.

After his return to Pakistan in 1976, physicist A. Q. Khan started a uranium enrichment program which supplanted Munir Ahmad Khan’s plutonium production as the primary path to the bomb. Khan remained in charge of PAEC until 1992, but had little control over the nuclear weapons program. During his tenure, Khan was instrumental in the creation of the National Development Complex (NDC), which developed Pakistan’s missile program.

Munir Ahmad Khan's Timeline
1926 May 20th Born in Islamabad.
1951 Went to the United States on a Fulbright Scholarship.
1957 Earned a master's degree in nuclear engineering from the Illinois Institute of Technology.
1958 Went to work for the International Atomic Energy Agency (IAEA).
19721991 Served as head of the Pakistani Atomic Energy Commission (PAEC).
1999 Apr 22nd Died in Vienna, Austria.

Attended the University of California.

Martin Kamen (1913-2002) was a Canadian-American physicist. Kamen was seemingly destined for a landmark career in physics when he arrived at the Radiological Laboratory at the University of California, Berkeley in 1936.

Lawrence Myers was a chemist who worked at the Oak Ridge during the Manhattan Project. He met his future wife, Janet, in elementary school.

George Koval was an American chemical engineer and one of the most important Soviet spies of the 20th century.