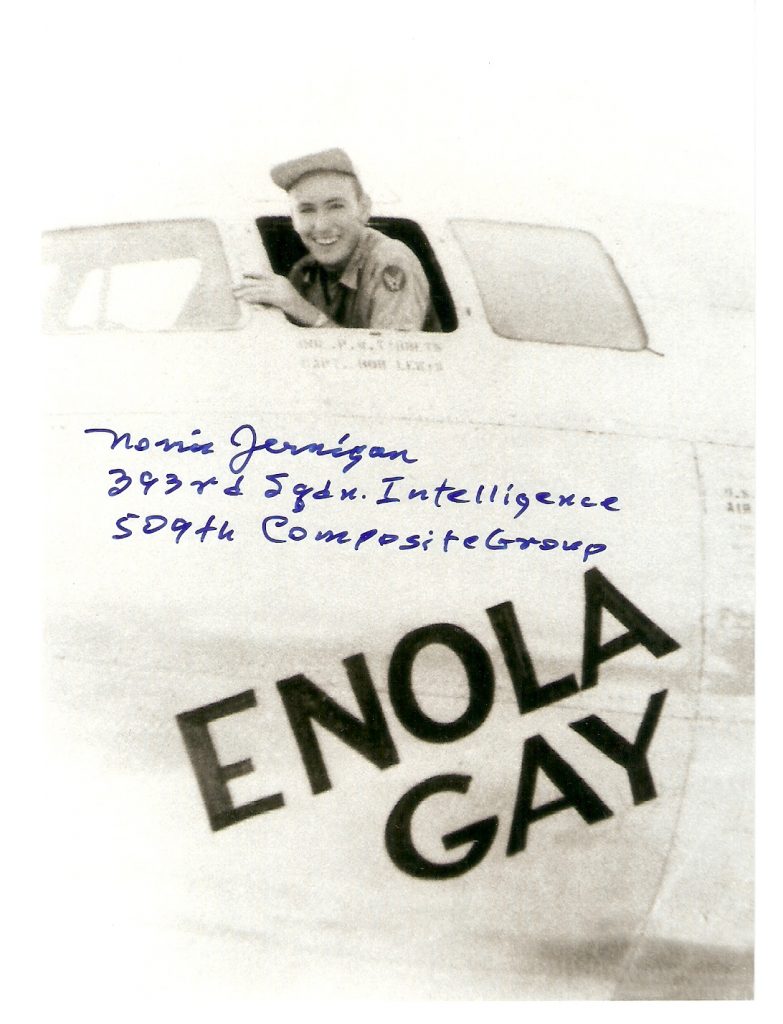 Listen to Norris N. Jernigan's Oral History on Voices of the Manhattan Project

In 1943, seventeen-year-old Norris Jernigan joined the Army Air Corps Cadet program, where he began training to become a pilot. After being transferred from the flight program, Jernigan was sent to Fairmont, Nebraska, where he was assigned to the Intelligence Office of the 393rd Bomb Squadron. As a clerk, he prepared information for briefing missions and typed subsequent reports. In September 1944, the 393rd was selected by Lieutenant Colonel Paul Tibbets and transferred to Wendover, Utah for bomb training. The 393rd left Wendover for Tinian Island during April 1945, and Jernigan was on Tinian during the two atomic bombing missions. He returned to the United States in October 1945. Shortly after his discharge, Jernigan met Marilyn and they were married December 29th, 1945.

Takala worked at the 100-F Area at Hanford during the Manhattan Project.

H. B. Hansard, Jr. worked for the Tennessee Eastman Corporation at the Y-12 Plant.

C. A. Goelzer worked for the Tennessee Eastman Corporation at the Y-12 Plant.