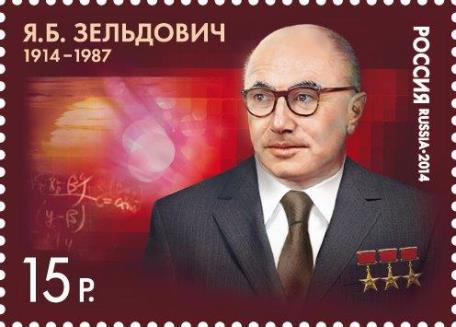 Zeldovich was born in Minsk. At age 17, he worked as a lab assistant at the Institute of Chemical Physics of the Academy of Sciences of the USSR (now Saint Petersburg). He never attended college and was largely self-taught. Zeldovich eventually took post-graduate classes and earned his Candidate of Sciences Degree from Leningrad State University (the equivalent of a Ph.D.) in 1936.

Zeldovich was a key member of the Soviet atomic bomb project. He was the first head of the theoretical division at Arzamas-16, a closed city which housed the principal nuclear research center. Zeldovich later went on to become a member of the Soviet Academy of Sciences and taught at Moscow State University. His later research included important theories on black holes and neutron stars.

Zeldovich won many awards during his career, including the Stalin Prize, Lenin Prize, and three-time Hero of Socialist Labor (the highest award for civilians). Internationally, Zeldovich was awarded an honorary membership to the National Academy of Sciences and the Royal Society, and won the Bruce Medal from the Astronomical Society of the Pacific.

Yakov B. Zeldovich's Timeline
1914 Mar 8th Born in Minsk.
1936 Earned a Candidate of Sciences Degree from Leningrad State University.
1946 Named head of the theoretical division at Arzamas-16.
1958 Elected to the Soviet Academy of Sciences.
1983 Won the Bruce Medal from the Astronomical Society of the Pacific.
1987 Dec 2nd Died in Moscow.

James J. Nickson was a medical doctor and Section Chief of H-III Medical Industrial Hazards and Health Physics in the Health Division at the University of Chicago Met Lab.

Robert Brode (1900-1986) was an American physicist. In 1941, at the outset of the war, Robert Brode went to work in the Applied Physics Laboratory at Johns Hopkins University to aid the development of the proximity fuse.

Chaim Richman (1918-2017) was a Polish-American physicist. Richman was born in Tomasov-Rebelski, Poland.