Bridge of Spies
The British Mission 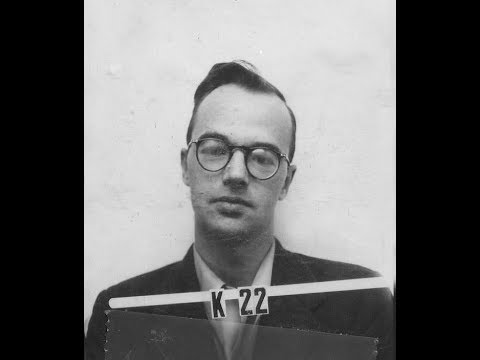 The Castillo Street Bridge in Santa Fe was the site of a fateful meeting between Soviet spy Klaus Fuchs and his handler, Harry Gold.

Jon Hunner: There were three spies that we know of that operated in Los Alamos. Of course, the most famous is Klaus Fuchs, who was a German physicist who fled Nazi Germany, then went and worked in Britain and was part of the British Mission. When he was in Germany, he was a Communist Party member, pretty active.

Then he was sent over to Los Alamos as part of the British Mission. He then worked on the atomic bomb.

Klaus Fuchs opened up his briefcase, took out the plans for the “Fat Man” bomb, gave them to Harry Gold, who then took them and eventually went back to New York. They were put in a diplomatic pouch and sent to the Soviet Union.

That was the most damaging information that was leaked out of Los Alamos, and actually was the blueprint for the first Soviet bomb that detonated in 1949. Other Soviet bombs then develop their own designs, but that first one was blueprint Los Alamos courtesy of Klaus Fuchs.

John Earl Haynes: Fuchs was a senior scientist working in the theoretical division on the plutonium bomb. He was a very high-placed and very useful source. 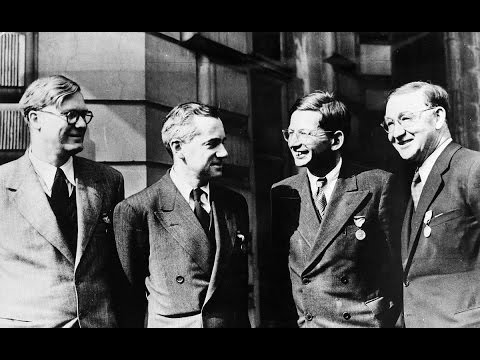 Narrator: The Manhattan Project was truly an Anglo-American effort. In 1939, Sir James Chadwick, Rudolf Peierls and other British scientists began exploring how to create an atomic bomb, and urged their United States counterparts to join them. As MIT professor David Kaiser explains, the physicists who were part of the British Mission in Los Alamos made valuable contributions. Unfortunately, not all of them were trustworthy.

David Kaiser: The British actually had been, as with radar, they had been ahead of the game—certainly ahead of the Americans—in thinking about the implications of nuclear fission, possible wartime weapons, devices, bombs, that could be made. There were at the time top-secret calculations done by British researchers on, what would the critical mass be? How much enriched uranium would one need to build a runaway nuclear explosion, to build a bomb?

There was all kinds of knowledge and expertise on a fairly small scale, before the Manhattan Project really got up and running. And then, many of those figures were able to come over and work at various sites across the United States during the war.

Sir James Chadwick, who was famous for discovering the neutron, an experimental physicist who brought his expertise. Rudolf Peierls, himself an émigré to Britain from Central Europe, and then he came over and further helped the war effort here in the United States.

As we now know, they also brought people like Klaus Fuchs, who was another German émigré who had naturalized in Britain, and then came over to work both at Oak Ridge with the efforts to separate isotopes of uranium and eventually made his way to Los Alamos as well. That’s relevant because as we now know, Fuchs was sending information to his Soviet handlers throughout the war and continued to do so even after he went back to Britain, working on the British nuclear program, throughout the late 1940s.

Read Transcript
Quick Fact:
Despite intense security, the Manhattan Project was infiltrated by several spies at Los Alamos. Physicist Klaus Fuchs passed key information to the USSR about the design of the "Fat Man" atomic bomb.