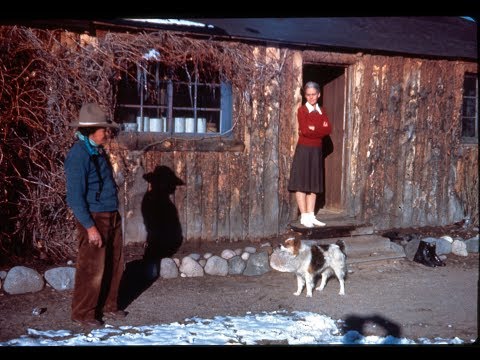 The Otowi Bridge crosses the Rio Grande on the land of the San Ildefonso Pueblo. Edith Warner and her companion Atilano “Tilano” Montoya lived in an adobe house nearby. Peggy Pond Church’s book The House at Otowi Bridge tells Edith’s story.

Jon Hunner: New arrivals coming from Lamy, if they came in by train or coming by car through Santa Fe and 109 East Palace, then were told to cross the Rio Grande at the Otowi Bridge. Right across the Otowi Bridge was this little adobe house, and a wonderful woman by name of Edith Warner lived there.

Now, Edith Warner in the 1920s had come from the Midwest for health reasons. The house itself is on the San Ildefonso Indian Pueblo reservation. She lived kind of on a corner of that, and she lived there for a long time. She thought she was in heaven. She wanted to get away from kind of modern America. She raised her son there. She had close, close friends with the San Ildefonso Puebloans. She did some things for the tribe. The railroad at the time went through there, so she was kind of a mail agent. The railroad stopped there, and would give her packages for the Pueblo.

Then one day in 1942, a man that she had known because he had come by on his trips up into the mountains, the Jemez Mountains, came by and said, “Your life’s going to change.” This man was Robert Oppenheimer. He had stopped there because he loved going to the mountains of New Mexico, and the Jemez Mountains were attractive to him when he would ride horses out into the wilderness. He stopped and warned her that there was going to be a change in this sleepy little part of New Mexico.

Here was this woman who was looking for isolation and away from modern America, and the future America all of a sudden came knocking at her door. 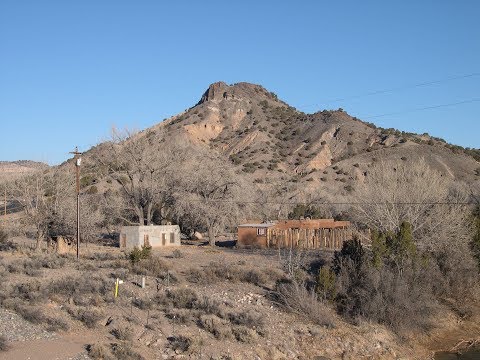 Jon Hunner: She started seeing convoys and buses going up the Hill to Los Alamos. She eventually put together a little teahouse in one of the adobe buildings. It was a place where people could come off the Hill without getting a pass to go into Santa Fe.

People could come down, they could have dinner at her teahouse, or have tea, and her chocolate cake was well known.

Frances Quintana: I used to know Mrs. Warner. she lived just across the bridge in Otowi. She had her house to the left side. It still stands there.

He [Tilano] was from the tribe of San Ildefonso. He used to take care of wood for the stoves that she had to fire, and all the chores that a man does, that’s what he used to do.

Adrienne Lowry: She provided a fabulous meal. She was famous for her chocolate cake, and I think a lot of us left Los Alamos with her recipe on how to make Edith Warner’s chocolate cake.

Jennet Conant: When they discovered Edith Warner’s wonderful restaurant, and they had a place to go that was old, charming, and civilized with wonderful food. It just became this fabulous escape. Oppenheimer would take all of his top physicists there.

My grandfather, James B. Conant, who was one of the men who was head of the Manhattan Project, and, along with [General Leslie] Groves, was really the man who helped set the agenda for Oppenheimer and supervised the entire progress of the Los Alamos bomb laboratory. Whenever he visited, he always requested that they go to Edith Warner’s restaurant, that it was very special. They would have these wonderful dinners there. They would talk business and it was very serious business, but to be able to do it in such a magical setting made it much easier and a much more fulfilling experience.