HUAC and the Manhattan Project

In 1954, the Atomic Energy Commission (AEC) stripped J. Robert Oppenheimer, the former leader of the Los Alamos laboratory of the Manhattan Project, of his security clearance. That action was taken on the grounds that his associations with Communism earlier in life made him a national security risk. The committee controversially decided to block Oppenheimer’s access to classified material on nuclear weapons out of a concern that he might share secrets with the Soviet Union.

The removal of Oppenheimer’s security clearance sparked outrage within the scientific community. However, it was not the first time that scientists were investigated for Communist sympathies. In the late 1940s and early 1950s, several Manhattan Project veterans faced the scrutiny of the House Un-American Activities Committee (HUAC). HUAC was established in 1938 by the House of Representatives to investigate potential disloyalty and subversion. The committee infamously targeted hundreds of private citizens, particularly in the entertainment industry, who were suspected of being communists or having ties to left-wing organizations. While not as notorious as Oppenheimer’s case before the AEC, HUAC’s investigations into left-leaning scientists hold an important place in the history of the Cold War.

The people impacted were part of a wave of investigations conducted during the late 1940s and early 1950s. The news that Soviets had tested their first atomic bomb in 1949, followed by the arrests of atomic spies Klaus Fuchs and Julius and Ethel Rosenberg a year later, intensified public fears about Communism. By 1950, roughly 10% of all American scientists and engineers were subjected to loyalty pledges in order to maintain their security clearance. HUAC’s investigations aroused further concern about Communist infiltration.

Berkeley: The Intersection of Radicalism and Physics

In the years leading up to World War II, the University of California, Berkeley was home to leaders in the field of physics including J. Robert Oppenheimer and Ernest O. Lawrence. Its Radiological Laboratory, or Rad Lab, was one of the country’s most important sites for physics research. Brilliant young scientists came to Berkeley from around the country to participate in the groundbreaking work being conducted there.

At the same time, the intellectual community forming in Berkeley became a hotspot for leftist ideology. David Hawkins, at the time a philosophy student and Communist Party member who associated with many of the physics students, described the culture of progressivism emerging in response to the turbulent economic climate of the late 1930s. “Part of it was the development in the latter part of the Depression of really nasty kinds of vigilantism in the agricultural valleys of California, which we all got somehow involved in trying to do something about.”

This common sense of social justice inspired many philosophical discussions among graduate students at Berkeley, including physics students. Oppenheimer himself hosted some of these informal events. Hawkins remembered them as profound Socratic discussions featuring world-renowned intellectuals. “We were endlessly theoretical and world historical. Berkeley was a remarkable place in terms of the number of people, the number of graduate students, who were very powerful.” Much of these discussions bled over into local meetings of the American Communist Party.

Troubled by the rise of European fascism and the inhumanities of the Depression, many of the young scientists at Berkeley admired the Soviet Union for its opposition to the Nazis. Respect for Soviet and Marxist principles, coupled with progressive discontent, led many of Oppenheimer’s brightest physics students to join the Communist Party while at Berkeley. This group included Joseph Weinberg, David Bohm, Giovanni Rossi Lomanitz, and Bernard Peters, among others.

While at Berkeley, Lomanitz, Bohm and Peters joined the Communist-backed Federation of Architects, Engineers, Chemists, and Technicians (FAECT) labor union. Such organizing, taken in tandem with their Communist Party activity, later prevented them from receiving clearances to work on the Manhattan Project and fueled HUAC’s suspicions.

Despite Oppenheimer’s insistence that Weinberg be included on the project, he too was denied a security clearance to work on the project. An exceptionally bright physicist who came to Berkeley from the University of Wisconsin, Madison, Weinberg had become a fixture in local Communist circles. By 1943, he was meeting regularly with Communist Party official Steve Nelson.

Nelson’s conversations were illegally wiretapped by the FBI, and the agency allegedly recorded Weinberg sharing confidential details about nuclear weapons research being conducted at Berkeley at the time. Weinberg’s activity triggered many alerts within the federal government, and can be traced directly to the investigations that would be conducted after the war.

The Search for ‘Scientist X’

HUAC was preoccupied with removing any and all Communist influences from the United States. The murmurs of Weinberg’s alleged espionage made him an attractive target for the committee. Since the FBI had wiretapped Steve Nelson illegally, it was impossible to bring any charges against Weinberg based on the recording alone. Even without knowing that Weinberg was the primary suspect, the media had become aware of the search for a Soviet agent at Berkeley. Quickly, a sensationalized search for this so-called “Scientist X” was initiated in the media as well as in the government. Proving Weinberg was Scientist X became the stated objective of many HUAC investigations, which were fueled by sensationalist media coverage. In 1948, the Milwaukee Journal published an article that went as far as to say that Scientist X had delivered a sample of uranium-235 to the Soviet Union.

By this time, Weinberg had become a physics professor at the University of Minnesota. HUAC subpoenaed him for a hearing in April 1949. His hearing coincided with the committee releasing an official statement identifying Weinberg as Scientist X.

Ultimately, HUAC was unable to produce a confession from Weinberg during his hearing, nor was the committee able to assemble enough credible evidence to build a legal case against him. As a result, many of his peers from his time at Berkeley were also called for hearings. Bohm, Lomanitz and Peters were each also questioned by HUAC in an effort to build the case against Weinberg. None gave significant information to the investigation. Peters unflinchingly denied any previous involvement with the Communist Party. David Bohm refused to answer questions, citing his Fifth Amendment rights. 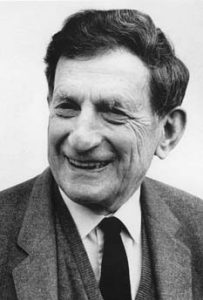 Bohm and Lomanitz were indicted for contempt of Congress in 1950. They would be acquitted within a year of their indictments, but their careers were still derailed. Bohm lost his professorship at Princeton University and ultimately had to leave the country for Brazil in 1951 to find work. Meanwhile, Lomanitz was stripped of his professorship at Fisk University and was only able to find work as a day laborer. He was forced to share “a 1-room shack with his wife outside of Oklahoma City. Built by him with $40 of his wife’s unemployment compensation and made out of airplane engine crates, the home…featured no electricity and no running water.” Both scientists were eventually able to regain teaching positions, but only after several years of forced isolation and poverty.

Peters was relatively cooperative during his HUAC hearing. Although he adamantly denied every level of Communism that was leveled at him or his associates, he did respond to all the committee’s questions. Many of his colleagues were heavily punished for instead utilizing their Fifth Amendment right not to testify. Moreover, his position at the University of Rochester seemed relatively safe, given school president Alan Valentine’s staunch position in favor of civil liberties. Yet external pressure at Rochester and from Washington made it impossible for Peters to continue conducting research in the United States. He would eventually relocate to India, and renounced his U.S. citizenship later in the 1950s.

Weinberg was indicted for perjury in 1952. He had already lost his position at Minnesota when HUAC labeled him as Scientist X. He was quickly acquitted, as no discernable case could be formed without access to the illegal FBI recording of his conversation with Steve Nelson. However, Weinberg, like his friends from Berkeley, would not receive another position in academia for several years.

One of the first scientists to come under fire from HUAC was Edward Condon. Condon was a physicist who briefly worked on the Manhattan Project and was eventually named by President Harry Truman to be Director of the National Bureau of Standards. He was a vocal proponent (along with J. Robert Oppenheimer and several other noteworthy scientists) of the international sharing of nuclear weapons information and civilian control of the American nuclear arsenal. This earned him the enmity of then-HUAC chairman J. Parnell Thomas. Thomas maintained an antagonistic relationship with Condon, publishing articles that belittled his loyalty to the United States as early as 1947. Although he faced persecution throughout the 1950s, notably from then-Vice President Richard Nixon, a vocal opponent of Condon’s who frequently criticized him in Congress as a member of HUAC and later as Vice President, Condon was able to continue his career relatively unscathed. He worked for the federal government and held multiple professorships in his lifetime.

J. Robert Oppenheimer’s younger brother, Frank, was also investigated by HUAC. A researcher at Berkeley in the 1930s and 1940s, Frank Oppenheimer worked at Los Alamos and Oak Ridge during the Manhattan Project. He was called before HUAC in 1949. Although generally not thought of as part of the intellectual peer group featuring Bohm, Lomanitz, Weinberg, and Peters, Oppenheimer’s Communist Party connections at Berkeley were unquestionable. During his HUAC hearing, he admitted to Communist Party membership from 1937 to 1941.

He lost his professorship at the University of Minnesota within an hour of his hearing. Oppenheimer was unable to find another university-level teaching position for a decade, and ended up maintaining a cattle ranch with his wife in Colorado. Eventually, his reputation recovered, and he became a prominent science educator and the founder and first director of The Exploratorium in San Francisco.

HUAC and the Legacy of the Manhattan Project

HUAC, along with Senator Joseph McCarthy’s anti-Communist campaigns, were among the most prolific agents of the Red Scare. Their zeal reflected widespread public fears about Communist infiltration in American government and society, but their pursuit of scientists on sometimes meager evidence damaged numerous careers. In this bitterly polarized Cold War environment, scientists like Condon and the Oppenheimers, who were once praised for their work on the atomic bomb, now faced accusations of disloyalty. The HUAC investigations reflect the fear and suspicion of Communism that pervaded American life during some of the tensest years of the Cold War.

For further reading on the experiences of scientists investigated by HUAC during the Cold War, see the following resources: