As the Soviet nuclear program grew in the late 1940s, so did a sprawling nuclear complex across the Soviet Union. Entire cities were built and kept a closely guarded secret, with all mentions removed from documents and maps. They were collectively known as “closed administrative territorial entities,” or in Russian, zakrytye administrativno-territorial’nye obrazovaniia (ZATO).

During the two decades following World War II, dozens of closed cities were built around the country. Some were naukogradi (“science cities”) or akademgorodoki (“academic cities”), while others developed military technology, nuclear reactors, and, later on, spacecraft.

The cities were largely built by slave labor from the Gulag prison camps, which at the time accounted for 23% of the non-agricultural labor force in the Soviet Union (Brown 86). They were surrounded by barbed wire and guards, and no one was allowed to come or go without authorization. Many residents lived their entire lives without ever leaving. Nevertheless, residents were also privileged, enjoying a lifestyle with access to better housing, food, goods, and health care than Soviet citizens elsewhere.

Arzamas-16, today known as Sarov (its historic name), was one of the most important sites in the early development of the Soviet atomic bomb. Located approximately 250 miles from Moscow, it was the center of research and production for the first Soviet atomic bomb and hydrogen bomb. Roughly the Soviet equivalent of Los Alamos, it was inevitably referred to as “Los Arzamas” by its residents.

In November 1942, physicist Igor Kurchatov was given a small Moscow laboratory, four grams of radium, and 30,000 rubles to start the Soviet atomic bomb project. He could bring aboard as many scientists as he wanted, but due to the enormous wartime housing shortage in Moscow, doing so proved difficult. As Klaus Fuchs passed more information about the Manhattan Project to the Soviets, Kurchatov also had to check all the material to make sure it was correct, a process which required a functional laboratory. The Soviet bomb project ultimately did not progress very far in its early years due to the distraction of World War II.

After the end of the war, Kurchatov, along with fellow physicist Yuli Khariton and General Pavel Zernov, began scouting for a suitable site to build a proper laboratory. They eventually settled on a provincial town in the Nizhny Novgorod Oblast, the site of a former monastery which was closed down after the 1917 Revolution. The new laboratory, Design Bureau No. 11 (KB-11), was established on April 13, 1946. Located 60 kilometers from the city of Arzamas, it was originally named Arzamas-60 but was soon changed to Arzamas-16 as authorities feared that the inclusion of “60” could give away its location.

Khariton was appointed Chief Designer of KB-11, while General Zernov was the official director. Research began in 1947, and by 1948 Arzamas-16 was completely cut off from the outside world as strict security was instituted. As the authorities did not trust typists, scientists were ordered to write all reports by hand and to use code words for sensitive information. “Zero points,” for example, was the code word for “neutron.” Khariton and other top scientists had round-the-clock bodyguards, while government informers lurked everywhere. The identities of residents were even erased from the official census. As physicist Yakov Zeldovich told Andrei Sakharov when he visited Arzamas-16 in 1949, “There are secrets everywhere, and the less you know that doesn’t concern you, the better off you’ll be. Khariton has taken on the burden of knowing it all” (Holloway 202).

Scientists, workers, and their families enjoyed privileged living conditions in Arzamas-16, sheltered from difficulties like military service and economic crisis. Soviet physicist Lev Altshuler called Arzamas-16 the center of the “white archipelago” of the atomic research sites and nuclear plants across the Soviet Union, asserting that they “lived very well. Leading researchers were paid a very large salary for those times. Our families experienced no needs. And the supply of food and goods was quite different. So that all material questions were removed” (201).

Another important ZATO was Chelyabinsk-65 (now known as Ozersk), home to a plutonium production plant similar to the American facilities built at Hanford, Washington. Located near a collective farm in the southern Ural Mountains, Chelyabinsk-65 was, unlike Arzamas-16, more or less built from nothing. NKVD (secret police) General Yakov Rapoport gave the order to build Chelyabinsk-65 “at junction T, a remote crossing of two footpaths in the woods” (Brown 88).

Building the secret city was a tremendously difficult task. Gulag prisoners had to start by building a construction site, then a road, and then living quarters. After the basics of the city were completed, early years were very difficult for the residents. The city lacked basic infrastructure and suffered from high rates of alcoholism and poor living conditions. The Mayak Plutonium Plant dumped nuclear waste in the nearby Techa River, causing a health crisis not only for the residents of Chelyabinsk-65 but for all the villages which ran along it.

As in Arzamas-16, security for the city was paramount. While most cities and towns in the Soviet Union were run by local communist party committees, military officials oversaw the secret city that would eventually be home to 100,000 people. Even during construction, officials were ordered to use trusted prisoners only (meaning no Germans, POWs, hard criminals, political prisoners, Ukrainians, or Balts), although this was not strictly followed. Nevertheless, even living alongside Gulag prisoners, residents believed they were making a valuable contribution to their country. Nikolai Rabotnov, a resident of Chelyabinsk-65, remembered, “I was sure that within our barbed labyrinth, I inhaled the air of freedom!” (161). 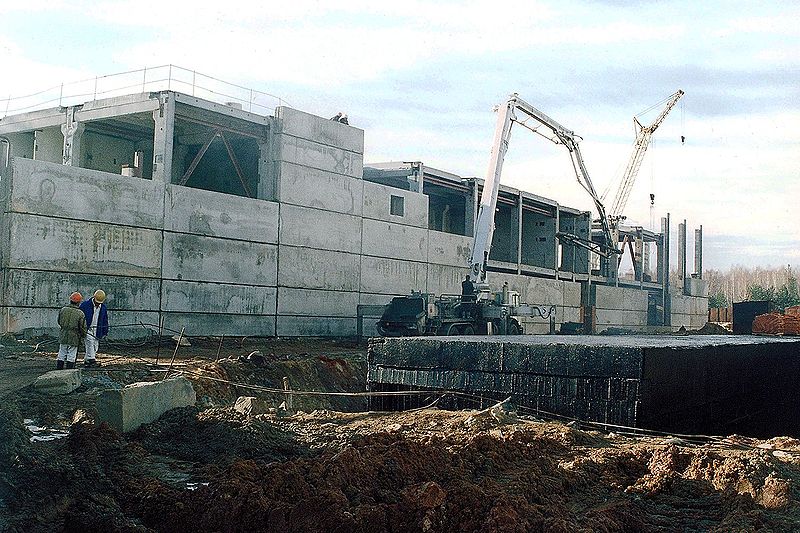 Conditions at Chelyabinsk-65 would not improve until after the death of Joseph Stalin in 1953. Under the leadership of Nikita Khrushchev, there was a rising concern in the Soviet Union over the “standard of living,” an issue exemplified in the famous “Kitchen Debate” between Khrushchev and Richard Nixon in 1959. Architects came in to Chelyabinsk-65 and designed new apartments, stores, and movie theaters. Residents enjoyed five-day work weeks, vacations, and “resorts” reserved for nuclear workers. At one point, residents owned two to twenty times as many cars and appliances as the average citizen in the rest of the Soviet Union (260).

Konstantin, a former resident of Chelyabinsk-65, remembered, “When I was a child, the word ‘city’ was synonymous with something protected. People from outside, including former prisoners, swindlers and beggars, cannot get in. At the age of six, when we went with the family to another city, I saw an old woman begging in the street for the first time – for me it was a real shock.”

Despite the danger of radiation from the plutonium plant, residents of Chelyabinsk-65 actually had a higher life expectancy than the national average. When the government polled residents in 1989 and in 1999 over whether to open the city, they voted to keep it closed, while half of the nuclear scientists said they would refuse to stay if it was opened (Brown 325). As one resident explained, “We take pride in the fact that the state trusts us enough to live and work in Ozersk” (265).

The Fall of the Soviet Union

In 1991, the Soviet Union officially disbanded and its fifteen republics became independent. Four of them – Russia, Kazakhstan, Ukraine, and Belarus – had nuclear weapons deployed on their territories. This was of great concern to the West, as the newly formed nations did not have the financial or technological means to properly store and safeguard these weapons. 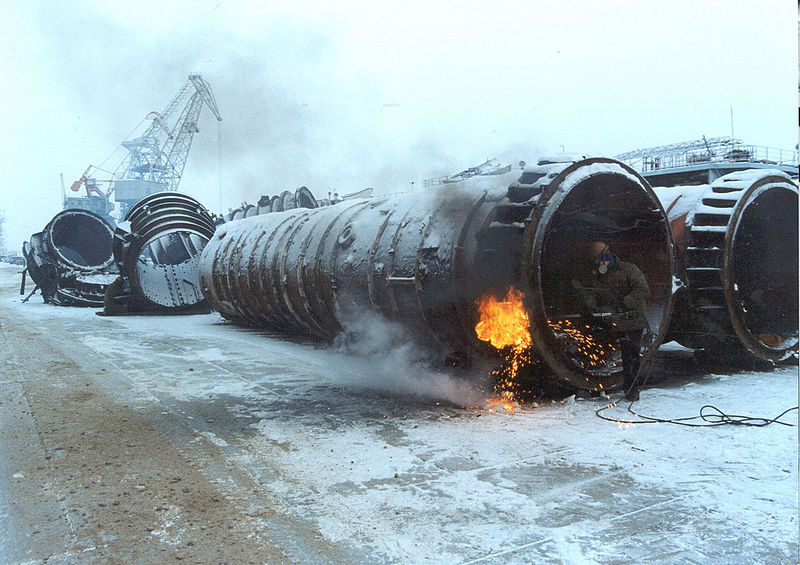 Equally concerning to the West stood the thousands of highly trained atomic scientists living in the closed cities across the former Soviet Union. With budgets a fraction of what they were in the decades before, the standard of living in the ZATOs quickly declined. Security was lax, as the soldiers who guarded them also saw their wages slashed.

With little prospect of employment and limited security, scientists suddenly had the freedom not only to leave their cities but to leave the country. Fear quickly spread in the United States that they could help develop nuclear programs in other countries, such as Iran. As Senator Sam Nunn asked in 1991, “Do we sit on our hands and do nothing, knowing full well that by so doing we will not do anything to keep Soviet scientists from selling their services to the highest Third World bidder?”

The same year, Senator Nunn and Senator Richard Lugar sponsored the passage of the Cooperative Threat Reduction (CTR). Popularly known as the Nunn-Lugar Act, it financed the transportation to Russia of the nuclear weapons deployed in Kazakhstan, Ukraine, and Belarus and their subsequent dismantlement. According to a 1992 report from a Congressional trip to the former Soviet Union, “The legislation also envisioned that portions of this fund would be used to finance cooperative U.S./Soviet projects that could employ scientists from the [former Soviet Union], who formerly made nuclear or chemical weapons, in cleaning up and destroying the nuclear and chemical residue of the Cold War.”

The result of this effort was the International Science and Technology Center in Moscow, which employed many former atomic scientists on non-weapons programs and still exists today. Also of note was a collaboration project between Arzamas-16 and the Los Alamos National Laboratory. Scientists met frequently with their respective Russian and American counterparts, and the two became “sister cities.”

Many of the Soviet ZATOs remain closed to this day. Russian citizens have to obtain special permission to visit, while foreigners are strictly forbidden. In 2001, the Russian government acknowledged the existence of 42 closed cities.

In 1995, the residents of Arzamas-16 petitioned to have its name changed to the historic name which it bears today – Sarov. It remains an attractive city to its residents. One resident, Irina, explained, “There were no universities in my own small town, and the university in Sarov attracted me by the fact it was involved with physics and mathematics, which I was interested in.” Sarov is still a closed city today and is protected by the Russian Army.

Chelyabinsk-65, which was renamed Ozersk in 1994, is today one of the most polluted places in the world. Some residents refer to it as the “graveyard of the Earth.” Nevertheless, Ozersk is still a prestigious place to live where, as one resident put it, they get “the best of everything for free.” Ozersk also remains closed to the outside world.