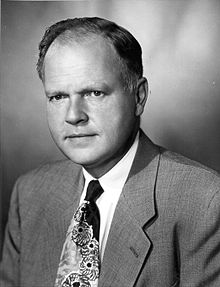 Graves was invited to join the University of Chicago Metallurgical Laboratory and in 1942 he accepted the position and became a member of the Manhattan Project. Graves helped to construct Chicago Pile-1, the first nuclear reactor, and was one of the three scientists on the emergency team that would smash bottles of cadmium sulfate over the reactor if the rods failed to halt the nuclear chain reactions.

Graves and his wife, Elizabeth, who was also an experienced physicist, moved to Los Alamos in 1943 and continued to work on the Manhattan Project until the end of the war. Graves suffered serious injuries during the 1946 “tickling the dragon’s tail” accident that killed Louis Slotin. Although he recovered against all odds, the severe levels of raditation he was exposed to may have contributed to his heart failure almost twenty years later.

Harold was a staff member at Los Alamos during the Manhattan Project.

D. V. Zehner worked for the Tennessee Eastman Corporation at the Y-12 Plant.