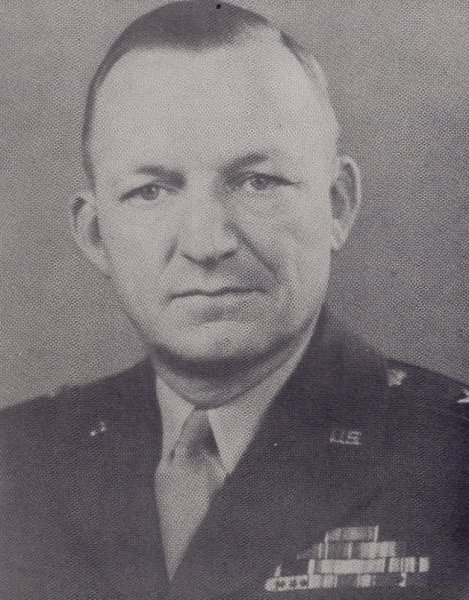 Marshall earned a position in the Army Corps of Engineers during his years at West Point. When he was first contacted about working on the Manhattan Project, he was serving as district engineer in charge of all construction in New York and parts of Pennsylvania.

In the summer of 1942, Marshall became head of the Manhattan Engineer District. He was informed by General Wilhelm Styer that there were four methods of producing fissile material for use in an atomic weapon, and that those methods could be developed at the cost of $90,000,000. Marshall’s first impression – one of utter skepticism – remained unchanged for the majority of the project. He disagreed with the scientists regarding the feasibility of this task given the proposed timeframe. In fact, Marshall was so adamant that he delayed site acquisition at Oak Ridge, his logic being that if Ernest Lawrence needed several years to construct a single cyclotron that was still not fully functional, it would be impossible to construct thousands of the same machines.

Regardless, Marshall carried out his duties, finding funds for the project while collaborating with General Leslie Groves, and with the assistance of his hand-picked deputy, Colonel Kenneth D. Nichols.

In 1943, Marshall was relieved and replaced by Nichols. He eventually received the overseas assignment he desired, serving as Assistant Chief of Staff for the United States Army Services of Supply in the Southwest Pacific Area, and was promoted to brigadier general. He retired from the Army in 1947, and later served as the Commissioner of Highways for the state of Minnesota. He died of cancer in 1977.

James Marshall's Timeline
1897 Oct 15th Born in Plattsburg, Missouri.
1918 Jun Graduated from the United States Military Academy.
1918 Commissioned in the U.S. Army Corps of Engineers.
1942 Promoted to colonel and named District Engineer of the Syracuse District.
1942 Jun 18th Ordered to organize a U.S. Army Corps of Engineers District to take over and consolidate atomic bomb development.
1942 Aug 13th The Manhattan Engineer District is established with headquarters in New York City.
1943 Aug 13th Left the Manhattan Project.
19431945 Served as Assistant Chief of Staff of the United States Army Services of Supply in the Southwest Pacific Area, including Australia, New Guinea, and the Philippines.
1944 Promoted to brigadier general.
1947 Retired from the Army.
19611965 Served as Commissioner of Highways for the state of Minnesota.
1977 Jul 19th Died of cancer in Syracuse, NY.

J. B. Bailey worked for the Tennessee Eastman Corporation at the Y-12 Plant.