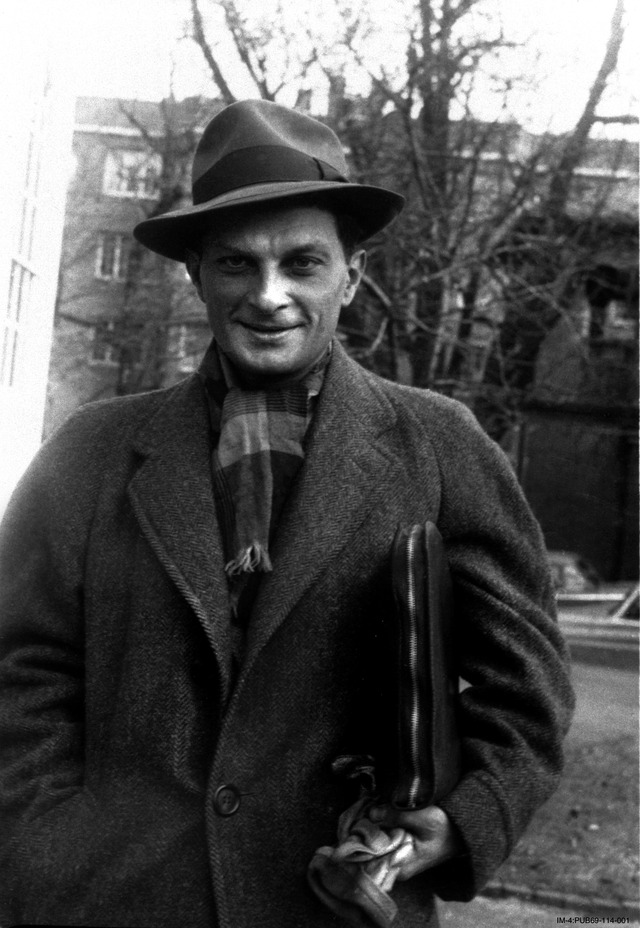 Ulam was born in 1909 in Lvov, Austria-Hungary (present-day Ukraine). He received a masters and a Ph.D. from the Lvov Polytechnic Institute. Beginning in 1935, Ulam spent his academic years at Harvard University as a member of the Society of Fellows while returning to Poland for the summers. There he met Fraçoise Aron, whom he would marry in 1941. In 1939, Ulam fled Poland together with his brother Adam shortly before the German invasion in September. The rest of Ulam’s family, including his parents and sister, were killed in the Holocaust.

After coming to the United States permanently, Ulam was appointed an associate professor at the University of Wisconsin. In 1943, he was asked by his friend John von Neumann to work on the Manhattan Project at Los Alamos. Ulam’s expertise was needed to ensure the proper design and construction of an implosion-type weapon. He was responsible for carrying out hydrodynamical calculations, which determine the behavior of solids at high temperature and pressure. This was crucial to the design of a proper explosive lens, which would be necessary to achieve perfect spherical implosion. Eventually, Ulam and von Neumann came up with the proper design. At Los Alamos, Ulam also developed the Monte Carlo method for solving complex mathematical problems, a system which uses random sampling to evaluate algorithms. It is now commonly used in mathematical computer software.

Ulam remained at Los Alamos until 1967. During this time, he worked on the development of the hydrogen bomb together with Edward Teller. After concluding that Teller’s design for the hydrogen bomb would not work, Ulam suggested that a compression model was needed. The eventual Teller-Ulam design, the details of which are still highly classified, was a two-stage implosion model and led to the large scale production of hydrogen bombs. It is believed to be the basis for all thermonuclear weapons existing today.

Mary M. Dailey was a research assistant at the University of Chicago’s Metallurgical Laboratory (“Met Lab”) during the Manhattan Project.

Morris Patapoff was a physicist at Los Alamos during the Manhattan Project.

Rhoades worked at the 200 West area at Hanford during the Manhattan Project.