The Human Computers of Los Alamos

Before computers became the modern electric desktops or laptops of today, “computers” actually referred to the people who did computing or calculations of equations. These computers would rely on their own intellect and later, desktop calculator machines and mathematics tables. The people serving as “human computers” were commonly women. While some women had degrees in mathematics or physics, others were recruited mainly because they were a convenient and available source of labor, especially during wartime.

At Los Alamos, the human computing program was part of the Theoretical (T) Division. Stanley Frankel and Eldred Nelson, theoretical physicists who joined Los Alamos in the spring of 1943, took the lead in organizing this computing program. Referencing their time at the University of California Berkeley, the two proposed the incorporation of Marchant desk calculators to aid the staff. Renowned mathematician Peter Lax, who served in the Special Engineer Detachment (SED) at Los Alamos during the project, described the Marchant machines as hand computers about the size of a typewriter that “did the basic arithmetic, addition, multiplication, [and] division.” Within the T Division, the most notable computing group was the T-5 group led by Donald “Moll” Flanders, a mathematics professor at NYU who joined Los Alamos in the summer of 1943. 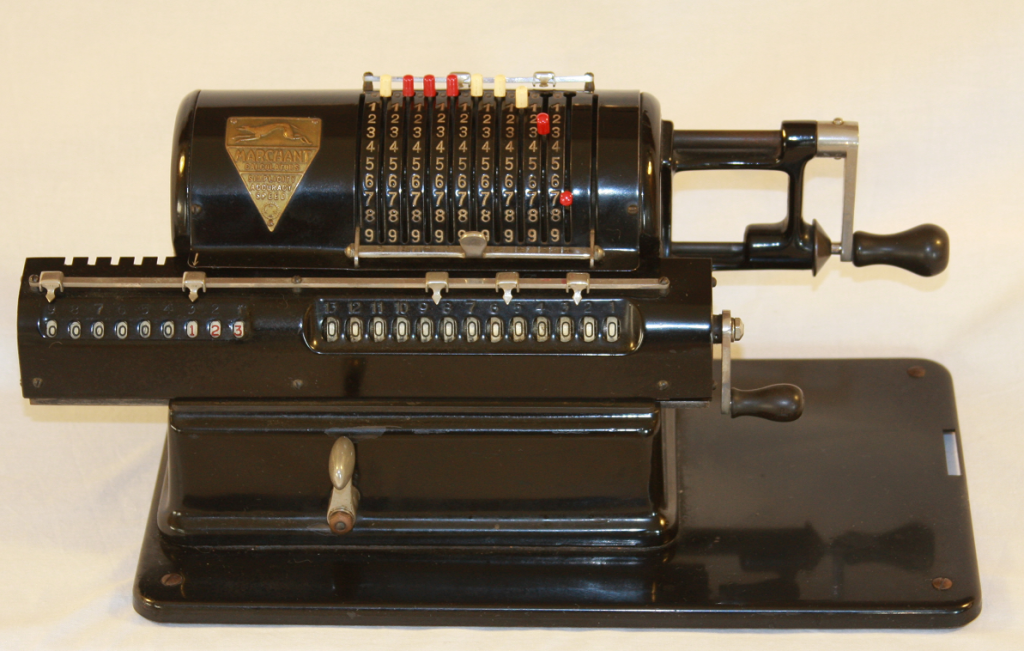 The staff in the T-5 group included recruited women who had degrees in mathematics or physics, as well as, wives of scientists and other workers at Los Alamos. According to Their Day in the Sun: Women of the Manhattan Project, some of the human computers were Mary Frankel, Josephine Elliot, Beatrice “Bea” Langer, Augusta “Mici” Teller, Jean Bacher, and Kay Manley. While some of the computers worked full time, others, especially those who had young children, only worked part time.

General Leslie R. Groves, the Director of the Manhattan Project, pressured the wives of Los Alamos to work because he felt that it was a waste of resources to accommodate civilians. As told by Kay Manley, the wife of Los Alamos physicist John Manley, the recruitment of wives can also be traced to a desire to limit the housing of “any more people than was absolutely necessary.” This reason makes sense given the secretive nature of Los Alamos and the Manhattan Project. SEDs, a group of drafted men who were to serve domestically using their scientific and engineering backgrounds, also worked in the T division.

Working as a Computer

In the T-5 group, five or six women would work at tables with Marchant desk calculators. The computers would process ten to fourteen-digit numbers according to instructions. After each computer checked her calculations twice, the supervisor would then check their results for errors. If errors resulted from a broken Marchant machine, the machines were either sent back to the manufacturer or repaired. Errors from these bulky, loud machines were rather common due to their heavy, daily use.

The Atomic Heritage Foundation’s “Voices of the Manhattan Project” website features oral histories explaining what life was like as a Los Alamos computer. Geoffrey Chew, who worked as John von Neumann’s “manual human computer,” explains what it was like to work for the famed mathematician and physicist. Although he did not understand the purpose of von Neumann’s equations, Chew would contribute to his work by “punching keys and then translating the outcome…into curves on sheets of paper.”

By working as a human computer, women gained new opportunities in technical fields. Unlike some of the wives who “decided teaching suited them best,” Jean Bacher realized she was not interested in teaching. Understanding her disinterest in teaching, employment organizers for the Los Alamos wives suggested Bacher join the computing group. She listened to their recommendation, “reviewed her algebra over the summer,” and then joined Moll Flanders’ T-5 group.  In her interview, Bacher recalled “Mici Teller working with her.” Since they each had children, they would “divide up whether they worked in the morning or the afternoon” based on when their children were in nursery school.

With the computations’ demands at Los Alamos beginning to prove too much for human computers, the T-Division turned to IBMs for help in the later part of 1943. The IBMs were electric calculation machines that could receive data automatically using stacks of punch cards. The incorporation of these new machines led to the formation of a second T group known as “T-6 IBM computations.” Like the T-5 group, this group’s staff mainly consisted of women.

The transition of computing from humans to machines, however, was not automatically and immediately done. The machines first needed to prove their worth. Richard Feynman and Nicholas Metropolis organized a competition between the T-5 computations group and the T-6 IBM computations group. Although the T-5 group beat the T-6 group for the first day, the IBM group ultimately won out because the machines, unlike people, did not get tired after multiple shifts. As a result of the competition, the IBMs became the main equipment used for all large calculations.

Computers and the Implosion Bomb

The calculations performed by the computers at Los Alamos were essential for studying the hydrodynamics of implosion and explosions. The models constructed by these computers helped evaluate the implosion designs and assess the feasibility of the implosion bomb. The IBMs were used to simulate an implosion by integrating a hyperbolic partial differential equation in one space and one time variable. According to Anthony French, whose wife worked in the computations group, the IBMs along with human computers were used to figure out “the blast wave calculations on the fission bomb.” The implosion design was first tested with the “Gadget” device at the Trinity site. This implosion model was also used for the “Fat Man” plutonium-core bomb, which was dropped on Nagasaki on August 9, 1945.

The Legacy of Human Computers

Although human computers have since been replaced by modern computers, calculators, and software, they helped break barriers and achieve historic progress in the fields of science and technology. At Los Alamos, women and SEDs worked together to provide calculations for understanding and simulating implosions, which was key for developing the implosion-type bomb.

On a related note, human computers were instrumental in helping the United States in the Space Race against the Soviet Union. The recent book and movie, Hidden Figures, illustrate how African American women working as computers helped NASA successfully launch and return astronauts from space.

Related Video:
In this interview by the Los Alamos Historical Society, Kay Manley discusses her life at Los Alamos and what it was like to be a "human computer."
More Historical Resources:

If you are interested in learning more about women from the Manhattan Project and/or the history and legacy of human computers, you should check out these references and sources: